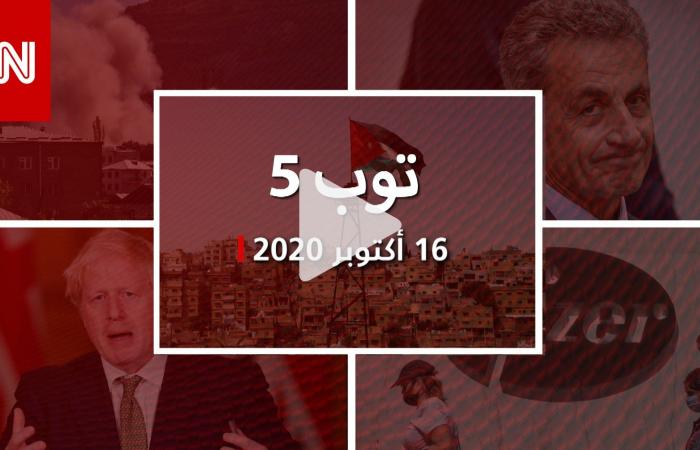 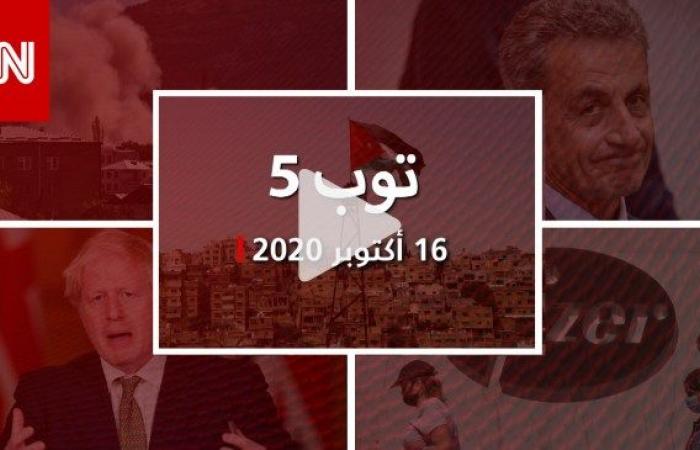 From accusing all accused of the Zarqa crime in Jordan of “attempted premeditated murder,” and the investigation with former French President Nicolas Sarkozy about receiving “illegal Libyan funding”, and the renewed fighting between Armenia and Azerbaijan … all the way to the announcement by Pfizer that it had submitted an application for approval. Its Coronavirus vaccine … Here is a daily summary from CNN in Arabic with headlines for some of the most prominent diverse stories from the Middle East and the world.

On Friday, the Public Prosecutor of the Grand Criminal Court in Jordan, Judge Abdul-Ilah Al-Assaf, charged all the defendants with “attempted intentional killing with joint participation” in what has become known in the media as the “blue crime.”

Former French President Nicolas Sarkozy was subjected to an official investigation, Friday, on charges of “criminal conspiracy”, as part of an investigation into allegations that he accepted financing for his election campaign from former Libyan leader Muammar Gaddafi for his 2007 presidential election campaign – which he won, the National Financial Prosecution office confirmed to CNN .

On Friday, renewed hostilities between Armenia and Azerbaijan dashed hopes of adhering to the ceasefire declared under the auspices of Russia, while Iran condemned the fall of missiles inside its territory as a result of the war between the two countries for 3 weeks, within the Nagorno-Karabakh region.

British Prime Minister Boris Johnson accused the European Union of failing to seriously negotiate a trade agreement after his country’s exit from the European Union, adding that his government will now prepare for an Australia-style relationship with the bloc.

In an open letter published on Friday, Albert Burla, Chairman and CEO of the American pharmaceutical company Pfizer, announced that the company plans to apply for an emergency use permit for its Coronavirus vaccine in the United States, early next November.

These were the details of the news Top 5: developments in the crime of Zarqa … and Pfizer... for this day. We hope that we have succeeded by giving you the full details and information. To follow all our news, you can subscribe to the alerts system or to one of our different systems to provide you with all that is new.