No new Covid-19 infections at Antwerp 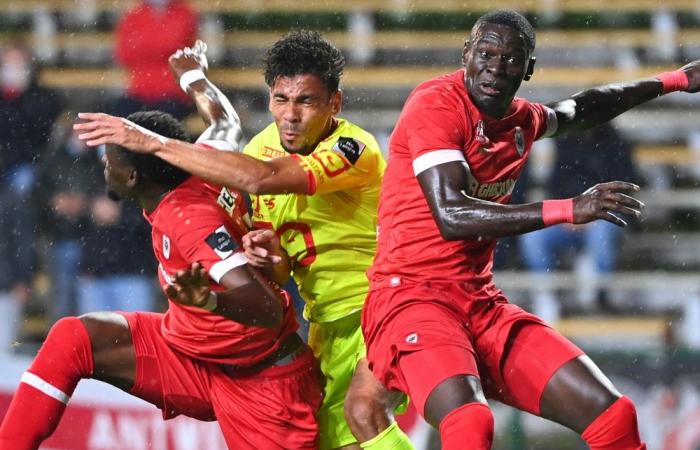 The rise of Covid-19 at football club Antwerp FC seems to be under control for the time being. Earlier this week, it became known that four players and seven employees of the club were infected with the virus. On Tuesday, tests were carried out again on everyone and they now all turn out to be negative. The preparation for the game against Zulte Waregem next weekend and the European transfer to Bulgaria will therefore not be further jeopardized.

The first corona infection at Antwerp FC, from an employee, was discovered exactly a week ago. After new tests last Saturday, another four players and six employees were also found to be infected. Those involved immediately went into quarantine and the Tawny Owl went into half lockdown. Since then, extra-sports employees have been obliged to work from home, the group of players was divided into two bubbles of a maximum of 15 players in order to continue training.

Among the infected players is only one basic player (Abdoulaye Seck), in addition to top acquisition Jordan Lukaku and two injured, Sander Coopman and Alexis De Sart. It was therefore not a sporting drama for the preparation for the game against Zulte Waregem next Sunday.

But just in case, the testing frequency within the club was proactively increased significantly. Normally, the entire group of players is only tested once a week. Last week, tests were also conducted on Tuesday after Saturday. They all turned out to be negative, the club confirms with relief. Moreover, the situation of the already infected players appears to be evolving favorably. “They are recovering well at the moment”, it sounds.

But the club remains alert and does not want to take any risks in view of the busy calendar in the coming weeks. “Today (Thursday) new tests will be taken. We expect those results on Friday. And on Monday we will in principle test again before the trip to Bulgaria. ”

After the match against Zulte Waregem on Sunday, the preparation for the first match in the group stage of the Europa League will start immediately, next Thursday evening, October 22, in and against the Bulgarian Ludogorets. The club will depart from Düsseldorf on Wednesday morning to arrive in the early evening via Varna airport in Razgrad, the home of opponent Ludogorets in northeastern Bulgaria.

By then coach Ivan Leko also hopes to recuperate Seck and Jordan Lukaku. According to the Pro League protocol, they must remain in quarantine for a minimum of seven days, of which the last three days without symptoms, before they can rejoin the group. And that certainly seems feasible for the time being.

These were the details of the news No new Covid-19 infections at Antwerp for this day. We hope that we have succeeded by giving you the full details and information. To follow all our news, you can subscribe to the alerts system or to one of our different systems to provide you with all that is new.