Ronaldo is “sent by God” and Corona is “the biggest hoax”... 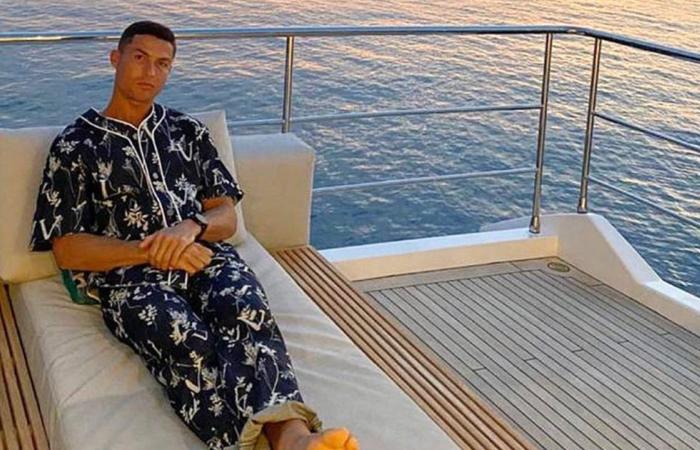 Katia, who is known for her desperate defense of her brother, especially when he did not win the Ballon d’Or in 2018 and went to Croatian Luka Modric, his former Real Madrid teammate, wrote in the post – which her mother also shared on her Instagram account – that “if Cristiano Ronaldo has to wake up the world, then he must.” To say that it is really sent by God .. Thank you, I think thousands of people believe in the epidemic and in the tests and measures that have been taken, just like me. ”

And she continued, “The biggest fraud I have seen since I was born .. Today I read the phrase I stand to praise, which is: Enough, oh world of dolls … Please, let anyone come and open eyes to the truth.”

It seems that Ronaldo’s sister is conveying his dissatisfaction with his injury, the source of which is not known yet, as he demanded a re-examination, because the injury will keep him from facing Barcelona next week and the expected meeting with his traditional rivals in the Champions League.

It is noteworthy that Ronaldo is the only one who was infected with the virus, as the rest of the players who had contact with him took tests and all their results were negative.

In the context, a news report said on Wednesday that Ronaldo went to Italy to complete the health isolation period.

The Portuguese newspaper “Apolla” reported that Ronaldo (35 years) flew from the airport in the Portuguese capital Lisbon to Turin, Italy, on a private plane.

The Portuguese coach, Fernando Santos, said that he could not explain how Ronaldo was infected with the infection while he was with the national team.

“Since Monday, we have been completely surrounded. The workers and players have come and no one has come after them,” Santos said – in statements published by Portuguese media today.

Yesterday, the Portuguese Federation announced that Ronaldo was injured in Corona, to miss the Portuguese national team in his scheduled match tonight against his Swedish counterpart in Lisbon in the European Nations League competitions.

In light of Ronaldo’s health isolation, the player will miss Juventus for future matches in domestic competitions as well as in the European Champions League.

Santos concluded that Ronaldo was “doing (his job) well” and did not show symptoms, adding, “He also could not understand how this happened.”

These were the details of the news Ronaldo is “sent by God” and Corona is “the biggest hoax”... for this day. We hope that we have succeeded by giving you the full details and information. To follow all our news, you can subscribe to the alerts system or to one of our different systems to provide you with all that is new.