Life expectancy after bariatric surgery in the Swedish study of obese... 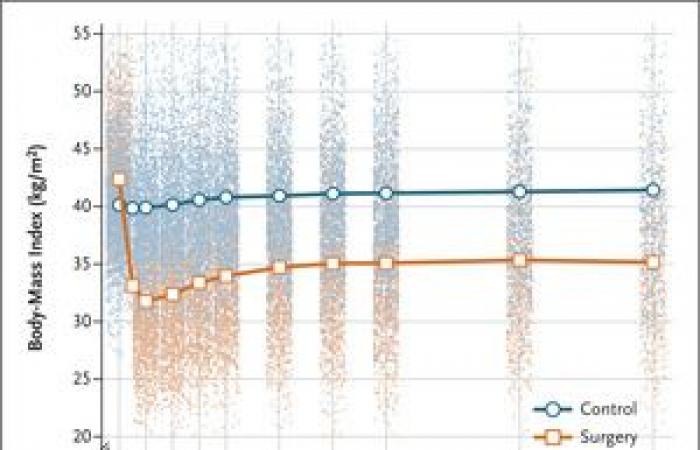 Being overweight shortens life expectancy. Bariatric surgery is known to reduce the long-term relative risk of death, but its impact on life expectancy is unclear.

We used the Gompertz proportional risk regression model to compare mortality and life expectancy in patients who had either had bariatric surgery (surgery group) or standard obesity treatment (control group) in the prospective controlled Swedish study of obese subjects (SOS) and Participants in the SOS were treated to a reference study (reference cohort), a random sample from the general population.

In obese patients, bariatric surgery was associated with a longer life expectancy than standard obesity care. Mortality remained higher in both groups than in the general population. (Funded by the Swedish Research Council and others; SOS ClinicalTrials.gov number, NCT01479452.)

These were the details of the news Life expectancy after bariatric surgery in the Swedish study of obese... for this day. We hope that we have succeeded by giving you the full details and information. To follow all our news, you can subscribe to the alerts system or to one of our different systems to provide you with all that is new.