Coronavirus: A poster in Sweden depicting the Chinese president as a... 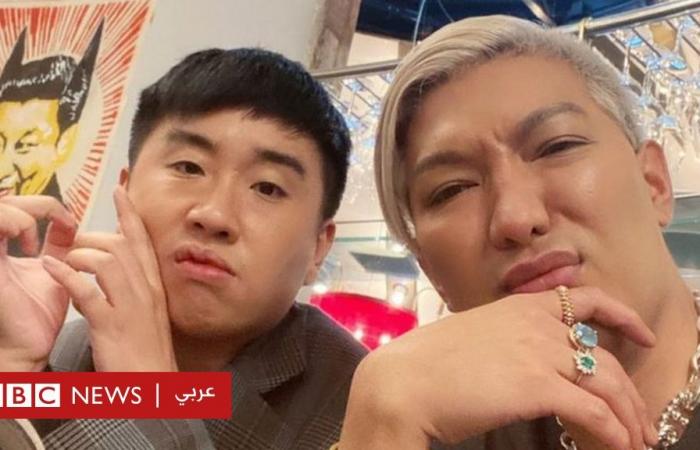 As the Coronavirus spreads around the world, many people of Asian descent have indicated that they are facing increasing hostility.

Brian Boy, a fashion influencer, said he was shocked to find “racist” pictures on the walls of a restaurant in the Swedish capital, Stockholm.

“We didn’t notice all those huge posters on the wall until after we asked for food,” he said – a graphic painting of Chinese President Xi Jinping in very yellow color with a bat’s ears and the term “Batman” meaning the batman.

The restaurant then removed those stickers.

“Rish” restaurant, in the Swedish capital, said that many people saw the display of these pictures as “disturbing and racist, and this of course was not the goal behind it,” adding that he “sincerely apologizes to anyone who felt offended.”

The artist behind the poster, whose work is published under the name “Iron Art Work,” said he apologized for any offense, but not for the photo itself.

He told the BBC via e-mail, “I wouldn’t have done it in the first place if I wasn’t convinced of the job, and I’m still like that, but I don’t want to hurt people of course, that’s not my intention at all.”

Brian Boy, whose real name is Brian Yambao, was having dinner at the restaurant in the Swedish capital with a friend from Hong Kong on Saturday. He wrote on Instagram that he was “panicked” when he saw the posters.

Yambao, who is Filipino, told the BBC: “Since the start of the Coronavirus, I and many Asians I know have been subjected to a lot of racist abuse and xenophobia on the Internet, but seeing it embodied in real life carries a kind of surrealism.”

He added that he had already ordered food, but he “couldn’t wait to leave the restaurant.”

The artwork shows the Chinese president as “Batman” – a clear reference to the theory that the Coronavirus may have started in bats, and the poster was placed in the restaurant several weeks ago.

The first cases of Coronavirus were recorded in the Chinese city of Wuhan late last year, but the virus has since spread around the world.

The epidemic has triggered a wave of racism and xenophobia, sometimes reaching the level of violence directed against people of Chinese descent, as well as people from East Asia.

In one of the incidents in the British capital, London, a student from Singapore was beaten by a group of men who allegedly said: “We do not want Corona virus in our country.”

“I get comments linking me to the Coronavirus almost every day, just because I’m Asian, and it’s not just the internet – these images have realistic repercussions, because they create an anti-Asian environment and promote racism and xenophobia,” Yambao said.

The artist said in a post on Instagram that he did not intend his work to be racist, and that his previous art included satirical pictures of several world leaders.

He added, “My intention was only to make fun of Xi Jinping and the Chinese Communist Party, not to include a racist comment that hurts a lot of people, but I did it by mistake, and I apologize once again to those who felt any offense.”

In comments to the BBC, the artist said the incident was a model for the culture of cancellation, and argued that there were no complaints about the racism of this work – which he said was shown in parts of Stockholm for several months and at the “Rish” restaurant for a month – until the end of this the week.

He added that he believes that the culture of abolition is “a greater danger to society than any artistic work.”

But Yampao said the artist’s response was not “an apology, it comes from a position of ignorance, that he did not expect the work to be racist.”

“I support freedom of expression by artists, but I just hope he knows the implications of his work,” he added.

“In these troubled times, when millions of people fall ill with this disease and hundreds of thousands of people die, and the world is already in poor condition, do we really need to present divisive artworks that could be misunderstood by anyone?”

And the World Health Organization warned against linking countries or races to the epidemic. “This is not the Wuhan virus” or “Chinese virus” or “Asian virus”, the organization said in directives issued earlier this year, adding that “the official name of the disease was deliberately chosen to avoid stigma.”

These were the details of the news Coronavirus: A poster in Sweden depicting the Chinese president as a... for this day. We hope that we have succeeded by giving you the full details and information. To follow all our news, you can subscribe to the alerts system or to one of our different systems to provide you with all that is new.