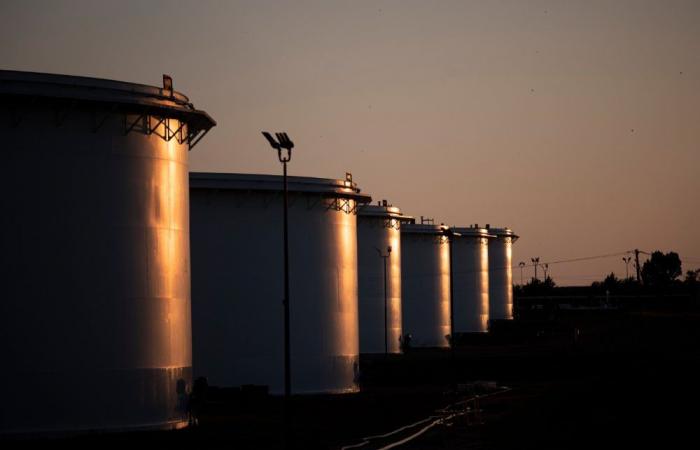 Thank you for reading the news about WEEKLY ENERGY RECAP: A demand rebound? and now with the details

Jeddah - Yasmine El Tohamy - INTERVIEW: ‘There is going to be pain and maybe some austerity’ — Saudi Citi chief

The coronavirus crisis has changed everything in the economic world as governments struggle to adapt to the new reality of collapsing growth and the likelihood of a Great Depression-type period ahead.

But some economies are better placed to handle a major downturn than others, according to Carmen Haddad, head of the US banking giant Citi in Saudi Arabia.

“Let’s put things into perspective, Saudi Arabia remains a G20 economy, and a very robust economy, the largest in the Middle East,” she told Arab News.

Her optimism is tempered by a realistic assessment that the Kingdom, along with every other economy in the world, will have to adapt as countries emerge from the crisis.

“I think there’s going to be pain, and maybe some austerity measures will be needed if this period extends. The government has taken several measures, including a 5 percent cut on its 2020 expenditure. This will probably come from entertainment and tourism sectors as the policymakers need to reallocate spending to ensure the right sectors receive funding,” she said.

“Maybe this will give some reflection on some of the projects. They have the opportunity to revisit the projects they have, especially the mega-projects that require huge capital expenditure.”

Citi has been busy in the Kingdom for many years, since it first opened up there in the 1950s, and recently has been part of the banking team that had helped Riyadh raise money on international capital markets, as well as advising on project financing, trade and other forms of corporate activity. Haddad is well placed to analyze the current economic and financial situation in which the Kingdom finds itself.

As well as the global economic downturn as a result of pandemic-related lockdowns, Saudi policymakers also have to reckon with the effects of the collapse in oil prices — still the government’s biggest source of revenue.

Haddad is aware of the challenges. “Saudi is largely an oil-based economy and possesses about 12.5 percent of the world’s proven reserves. Even with the implementation of the economic and social reforms under Vision 2030 and the plan to diversify away from being an oil-based economy, the non-oil revenue accounts for one-third of total revenues.

“This one-third now was only 13 percent of gross domestic product (GDP) five years ago, so the vision has been in execution mode for a few years. But considering the developments in crude oil supply demand dynamics and COVID-19, this has naturally had an impact on revenues as we saw the first-quarter  budget figures from the Ministry of Finance. We saw decline of 22 percent year on year. Expenditures were higher by 4 percent and there was a 9 per deficit,” she added.

The Kingdom has a number of policy options available to deal with the challenges, she believes.

“Regarding the deficits, the ratio of debt to GDP figure was 24 percent at the end of 2019, so even if you get to 30 percent by year end you still have a relatively robust and strong economy. I think the self-imposed debt ceiling increase from 30 percent to 50 percent will help during these times, until oil prices stabilize.

“They’ve been doing things very proactively. The Ministry of Finance recently announced the total impact of the current environment will be $29 billion on the 2020 budget deficit, so that means the forecast deficit has been revised to $79 billion, and it will be funded by debt and reserves.

“If you look at the debt issuance in the market by Saudi Arabia this year, it has been very well measured. They issued in January and then again in April — Saudi already raised $20 billion in debt between Eurobond and domestic sukuk.

“In the April issuance, Saudi raised a $7 billion multi tranche bond and it was 7.5 times oversubscribed. It was the largest order book from and emerging market sovereign this year, and a remarkable transaction from demand and pricing perspective,” she said. Citi was part of the finance team that advised on that bond issue.

The Kingdom has big reserves it can tap into, Haddad said. “The finance minister said it’s going to be painful and difficult, but I think Saudi has the capacity to manage. I think you have enough headroom to raise more debt and fund the deficit from local and international markets, and also tap into reserves from the government current account.

“Let’s not forget the reserves. The Saudi Arabia Monetary Authority (SAMA) announced a drop in the reserves to $475 billion, that’s down by $25 billion, but you know it’s expected there is going to be some pressure on reserves.

“If you look at the package of support for the banking system of $13 billion, aimed at easing the private sector, SMEs, and lending conditions. Those are very important steps that have been taken as well, and already reflected in the drop in the reserves.

“Overall, there are other reserves in the system that we don’t often look at. The Ministry of Finance has $130 billion of reserves and other government agencies like the Public Pension Agency, the General Organization for Social Insurance and the Public Investment Fund, we estimate they have a combined figure of around $500 billion in assets under management, of which $100 billion are in foreign liquid assets. So total reserves available are above $600 billion,” she said.

And there is the likelihood that oil prices will revive toward the end of the year as global demand recovers. Citi is looking at an average of $36 per barrel this year and $56 for 2021.

“Assuming that, we should be OK. Again, the debt appetite is there, reserves are high and the deficit is being managed, so hopefully this is going to be OK.  We need to look beyond 2020.  The IMF expects a bounce back in GDP in to 2.9 percent for next year,” she said.

Saudi Arabia, like other governments trying to tackle the pandemic shock, will have to take some hard decisions, Haddad said. “They may delay some projects that are not critical, given COVID and future challenges on certain sectors, like tourism.

“There will be huge changes in the way that we operate, so there may be some thought around what is a priority and what is not. Some of the mega-projects around entertainment and travel, for example — maybe those might be deferred or scaled back,” she said.

The pandemic crisis does not necessarily involve a complete halt to corporate and financial activity. “A lot of focus has been on privatization, but now it becomes even more important to accelerate the privatization agenda. Project financing or project-led funding for the public sector is important, as well as tapping into the export agency is also something that could be considered, the Export Credit Agency program. And then some optimization around certain portfolios. Tapping liquidity is increasing, so I’m sure there are other ways they can consider funding. So the focus there will be going forward and diversifying the funding base,” she said.

There could even be a buying opportunity for the Kingdom as foreign assets are going at bargain prices. The Public Investment Fund has already been active, snapping up opportunities in global leisure and energy sectors.

“The PIF has a lot of assets under their belt. They could go to the market and start looking for cheaper discounted prices to expand and enter the market today, especially the international market given their focus on the main pillars of investment.

“They have some liquidity to be able to buy at a cheaper price. They’ve done that and they can continue to do that. There’s some valuation dislocation happening in equity markets and from that there are opportunities for people who hold cash and have the ability to do that,” she said.

From her base in Dubai’s international financial center, Haddad is planning what she calls “phase two” of the reaction to the crisis, when Citi is thinking about getting back to some kind of post-pandemic reality.

“Although governments have announced some easing of restrictions, we are taken our own pace to ensure the safety of our people and coordinating with all stakeholders from government, the health ministry and regulators, to ensure we return to the workplace in a phased and measured approach, and need to make sure we get this right.

“We have not set out an exact timeline or dates because much depends on external factors. We are focused on the data, not the date, in our planning to return to office, and it will be done in multiple phases,” she said.

But she believes there will be permanent shifts in business practice as a result of the crisis.

“We have to understand that there is going to be a new normal. I don’t think I’ll be traveling as much, for sure,” she said.

These were the details of the news WEEKLY ENERGY RECAP: A demand rebound? for this day. We hope that we have succeeded by giving you the full details and information. To follow all our news, you can subscribe to the alerts system or to one of our different systems to provide you with all that is new.