China’s trade with US sinks in November 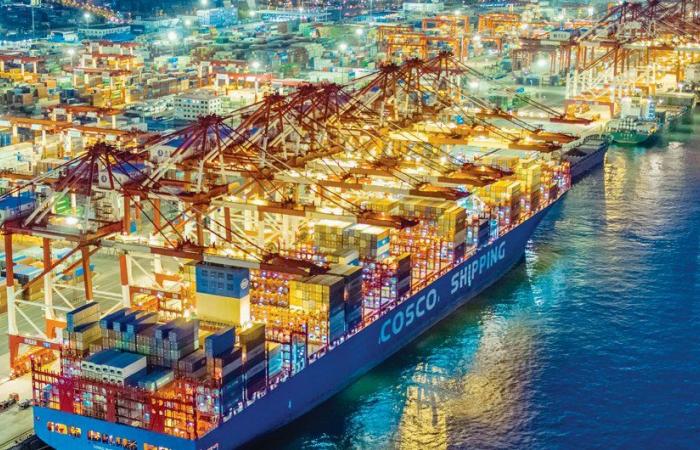 Jeddah - Yasmine El Tohamy - BEIJING: China’s trade with the US sank again in November as negotiators worked on the first stage of a possible deal to end a tariff war.

Exports to the US fell 23 percent from a year earlier to $35.6 billion, customs data showed Sunday.

Imports of American goods were off 2.8 percent at $11 billion, giving China a surplus with the US of $24.6 billion.

Exports to some other countries including France rose, helping to offset the loss.

China’s global exports were off 1.1 percent from a year earlier at $221.7 billion despite weakening worldwide demand. Imports were up 0.3 percent at $183 billion, giving China a global surplus of $38.7 billion.

Hopes for a settlement to the fight over Beijing’s technology ambitions and trade surplus rose after President Donald Trump’s announcement of a “Phase 1” agreement following talks in October. But there has been no sign of agreement on details nearly two months later.

The dispute has disrupted global trade in goods from soybeans to medical equipment and threatens to depress economic growth.

Trump put off a tariff increase in October but penalties already imposed by both sides on billions of dollars of imports stayed in place. Another US increase is due on Sunday on $160 billion of Chinese goods. That would extend penalties to almost everything Americans buy from China.

Chinese spokespeople have expressed hope for a settlement “as soon as possible,” but Trump spooked financial markets last week by saying he might be willing to wait until after the US presidential election late next year.

Financial markets have repeatedly risen on optimism about the talks only to fall back when no progress is announced.

The “Phase 1” agreement doesn’t cover contentious issues including US complaints that Beijing steals or pressures companies to hand over technology. Economists warn tensions could rise again next year and the bulk of tariff hikes are likely to stay in place for some time.

For the first 11 months of 2019, China’s total global exports were off 0.3 percent at $2.3 trillion despite the tariff war. Imports were down 4.5 percent at $1.8 trillion, adding to signs Chinese domestic demand is cooling.

China’s exporters have been hurt by the US tariff hikes but its overall economy has been unexpectedly resilient. Growth in the world’s second-largest economy slipped to 6 percent over a year earlier in the three months ending in September, down from the previous quarter’s 6.2 percent but still among the world’s strongest.

Weaker Chinese demand has global repercussions, depressing demand for industrial raw materials and components from other Asian economies and oil, iron ore and other commodities from Brazil, Australia and other suppliers.

The Ministry of Finance announced Friday that China was waiving punitive import duties on US soybeans, keeping a promise announced in September.

A sticking point is Beijing’s insistence that Washington roll back its most recent penalties on Chinese goods as part of the “Phase 1” deal. Beijing said last month the US side agreed, but Trump dismissed that.

A Chinese spokesman repeated Thursday that Beijing expects such a move in a “Phase 1” agreement.

These were the details of the news China’s trade with US sinks in November for this day. We hope that we have succeeded by giving you the full details and information. To follow all our news, you can subscribe to the alerts system or to one of our different systems to provide you with all that is new.