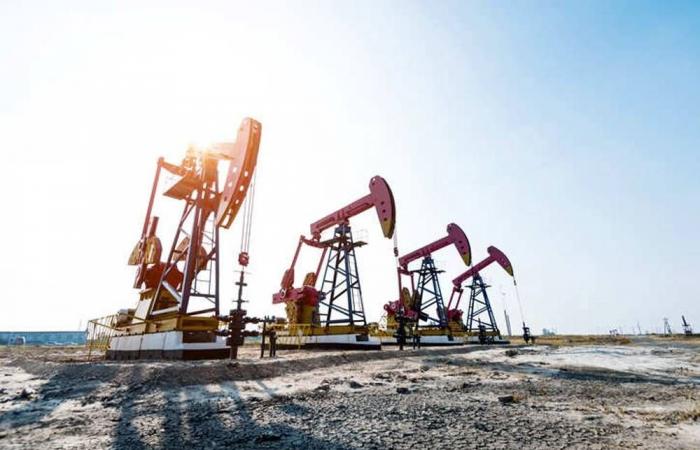 We show you our most important and recent visitors news details G20, OPEC taking their time to assess oil situation in the following article

Hind Al Soulia - Riyadh - OSLO — G20 early Saturday decided to take a more active role in helping the oil market but did not make specific commitments or give a number of potential cuts. We are left with the proposed OPEC+ deal as a result, which in itself is conditional.

Three Rystad Energy’s oil analysts provide their take on the current situation with Louise Dickson, oil markets analyst, saying: “The collaboration and size of the proposed OPEC++ is unprecedented, so it makes sense both OPEC and G20 are taking their time before any dam-busting announcement. But the oil market does not have time to spare.

“Some countries have communicated they have pledged shut-ins of millions of barrels of oil, which, if the deal is implemented in May, makes full compliance not feasible. Even if in some perfect world we see full OPEC++ compliance and 10 million bpd in cuts, this still leaves an incredible minimum 10 million bpd supply overhang for 2Q20.

“The proposed OPEC++ cuts alone cannot reverse the deep contango curve of Brent prices in a meaningful or lasting way as storage is needed to remain economical to handle the current and still coming oversupply. So we aren’t sold that the current oil market optimism — with Brent in the low $30s — is warranted, and still believe that we need to see a bigger contango to pay for all the storage that will soon be needed.

“Also, and do not be so sure about the actual production cut size. We find it very unlikely that the full 10 million bpd cut will be implemented as May 1 is just three weeks away and cuts of that size take time to realize. The oil machine is not as flexible as just simply turning off the tap or pressing a button.”

“A lot of NAm production “cut” will be isolated and linked to the reduction in local demand. If you have all US refineries running close to max utilization again, Canadian heavy crude is needed again. If oversupply at that time persists in global context and main price benchmarks remain weak, we will just see improvement in WCS differentials, so volumes can be brought back.

“Obviously, neither US nor Canada can commit to any long-term artificial production cuts because it is

A) Hard to coordinate them in the oil markets where federal government has limited regulatory power.

B) Against the spirit of market-driven oil industry in both countries. Alberta’s infrastructure-driven cuts from the last year did not work well for the largest producers, though stabilized the local market.

C) Might be disadvantageous if local demand and global oil prices recover as the US will have to import more crude, while Canada will lose its market share in the US market if cuts are maintained artificially.”

The third view is from Per Magnus Nysveen, head of analysis, who commented: “We have a deal by OPEC+ that was secured today by US saving Mexico's face. However the deal looks fragile as there is yet too small commitment from other oil producers including US and Canada. The demand destruction is now as deep as 27 million bpd, so we risk running out of crude storage early May as refineries are now slowing down much faster than producers.

“This means that far more oil now flows every day into storage from producers, than out of storage to refineries. There is about 700 million barrels of crude storage left, at land and sea, so only 30 days are left if no prompt cuts take place. With 10 million bpd cuts, we will hit the wall 2 weeks later. So to get through May we need at least 5 million bpd mote cuts quickly, and all producers should now contribute their fair share.

“OPEC has finally taken some initial appropriate action, so in my view the have now regained the authority they lost after the March 5 fiasco.” — Rystad Energy

These were the details of the news G20, OPEC taking their time to assess oil situation for this day. We hope that we have succeeded by giving you the full details and information. To follow all our news, you can subscribe to the alerts system or to one of our different systems to provide you with all that is new.