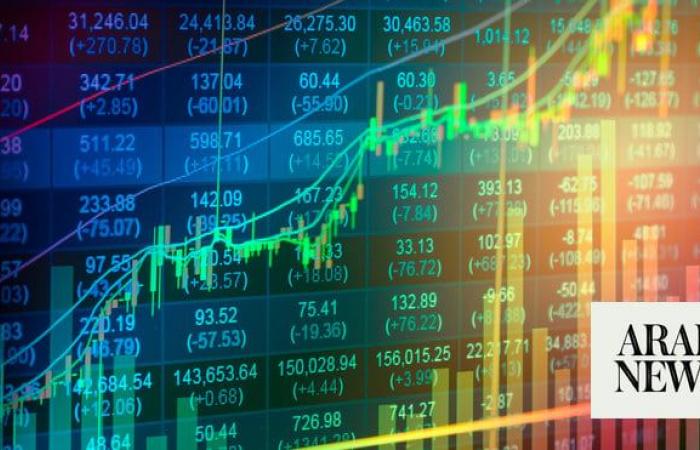 Thank you for reading the news about Closing Bell: TASI recovers from surging volatility to close at 10,444 points  and now with the details

The parallel market Nomu, however, could not match the pace with the TASI momentum and fell nearly 291 points to close at 18,506.03.

The advance-decline ratio was pegged positively, with 109 stocks of the listed 219 heading north and 91 turning south. The total trading turnover was SR4.96 billion ($1.32 billion).

According to market sources, investors were pessimistic about the Saudi market as they expected the earnings might not meet the historical growth it booked.

The Saudi market is trading at a price-earnings ratio of 13.2x, which is relatively lower than its three-year average PE of 25.8x.

On a positive note, however, information and communications technology firm Perfect Presentation for Commercial Services Co. on Tuesday announced a cash dividend of SR0.7 for the third quarter of the fiscal year, distributing a total of SR10.5 million. The company’s share closed 1.42 percent higher at SR156.70.

The National Agricultural Development Co. also disclosed the launch of its strategic plan to the exchange, including expanding its leadership in dairy, juice, food, and agricultural products across new markets. The share price of the company tipped lower to touch SR22.76.

The Saudi Exchange also celebrated the listing of AlRajhi Bank Tier 1 Sukuk. AlRajhi Bank is one of the world’s largest Islamic banks by market cap, with a strong presence in the Kingdom.

“The addition of AlRajhi Bank Sukuk to the Saudi Exchange is another step toward diversifying the products available to local, regional and international investors, in line with our commitment to Vision 2030 and its Financial Sector Development Program,” said Mohammed Al-Rumaih, CEO of Saudi Exchange.

These were the details of the news Closing Bell: TASI recovers from surging volatility to close at 10,444 points  for this day. We hope that we have succeeded by giving you the full details and information. To follow all our news, you can subscribe to the alerts system or to one of our different systems to provide you with all that is new.