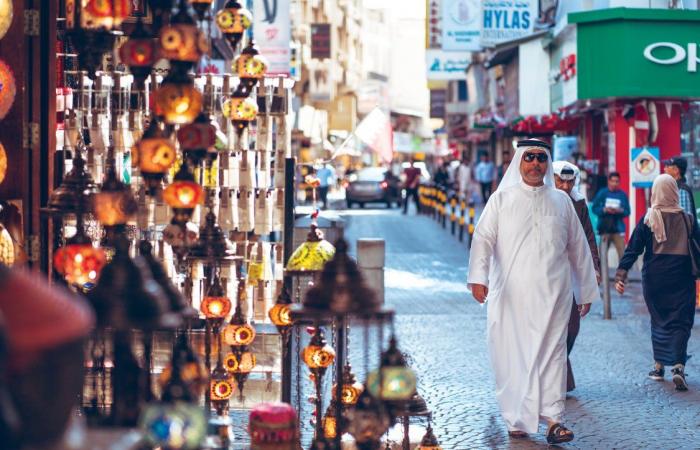 Thank you for reading the news about Bahrain’s GDP grows at 6.9% in Q2 2022 and now with the details

In the first quarter, the Gulf country’s GDP grew 5.5 percent year on year at constant prices. The country’s non-oil economy recorded growth of 7.8 percent in the same period.

According to the latest Economic Insight report for the Middle East, commissioned by ICAEW and compiled by Oxford Economics, Bahrain’s oil sector growth will be driven by higher oil production, despite a decline in the first quarter. Since 2015, the annual real growth of Bahrain’s oil sector has only expanded once relative to the previous year, in 2019. Based on the current OPEC+ agreement, Bahrain will see a modest increase in oil production in 2022 to 0.19 million barrels per day from 0.17 million bpd.

This small increase, combined with elevated prices, will return the oil sector to growth in 2022 before stagnating again as the government continues its diversification efforts. The forecast is for oil production to expand by 5.8 percent in 2022, compared to 2.4 percent in 2021.

Scott Livermore, ICAEW economic adviser, and chief economist and managing director, Oxford Economics Middle East, said: “The surge in oil prices and introduction of a 10 percent VAT is supporting Bahrain’s revenues and will help authorities come close to balancing the budget in 2022, two years earlier than the 2024 target set in the Fiscal Balance Program.”

The rise of inflationary pressures and rate hikes by the US Fed will force the Central Bank of Bahrain into more rate increases, beyond the 225 basis points cumulative increase in the key policy rate already this year.

Inflation averaged 3.4 percent in the first half this year, a level not seen since 2016, before rising to 3.9 percent in July.

ICAEW expects inflation to average 3.9 percent this year after prices fell annually in both 2020 and 2021.

Consumer spending is likely to be increasingly constrained going into 2023, leading to a GDP growth slowdown to below 2 percent by 2024.

As of now, the central bank has sufficient reserves to maintain the currency peg with the US dollar and is likely to follow policy moves by the Fed closely so it’s not expected to have significant pressure to devalue the dinar.

The current account returned to surplus in 2021 at 6.7 percent of GDP, the largest surplus since 2013. ICAEW expects the higher price of oil exports and a continued resurgence of international travel to push this surplus above 10 percent in 2022.

These were the details of the news Bahrain’s GDP grows at 6.9% in Q2 2022 for this day. We hope that we have succeeded by giving you the full details and information. To follow all our news, you can subscribe to the alerts system or to one of our different systems to provide you with all that is new.