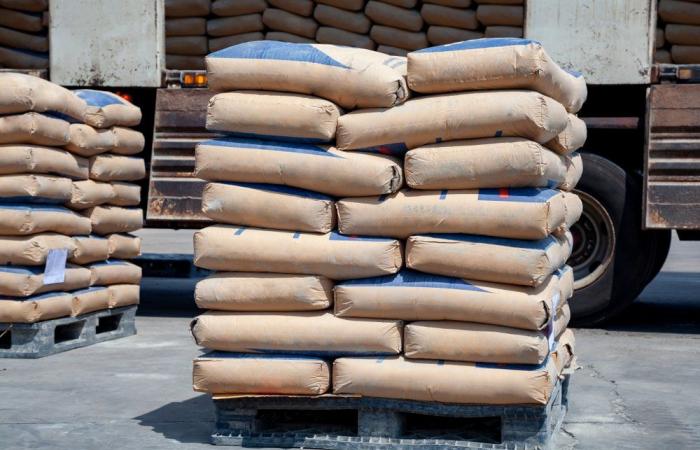 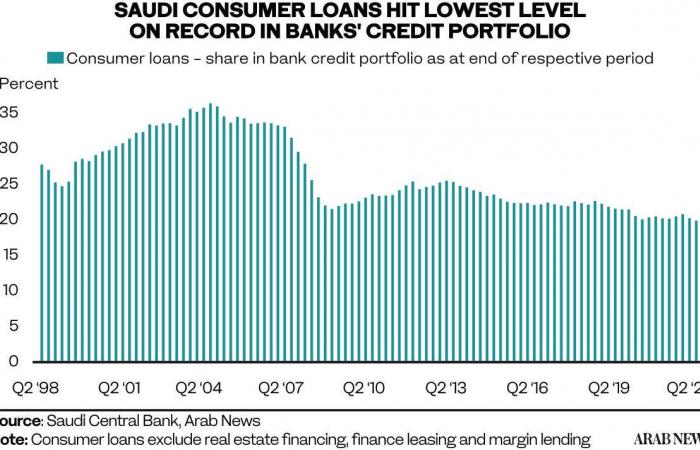 Moreover, the share of consumer loans in total bank credit has fallen to 19.9 percent on June 30, 2022, the lowest share percentage on record, data compiled by Arab News revealed.

It is worth mentioning that consumer loans do not include real estate financing, finance leasing and margin lending, according to SAMA.

According to SAMA, 90 percent of consumer loans fall under the “other” products category.

The balance of consumer loans to finance “other” products increased 19 percent to SR402.3 billion on June 30 this year from SR338.2 billion the same day last year.

The remaining 10 percent is distributed among renovation and home improvement, vehicles and private transport, furniture and durable goods, education, healthcare, tourism and travel.

• Car loans experienced a 20.6 percent year-on-year decrease from SR15.5 billion to SR12.3 billion during the period under study.

Moreover, car loans experienced a 20.6 percent year-on-year decrease from SR15.5 billion to SR12.3 billion during the period under study.

Furniture and durable goods underwent a 31.1 percent decrease from SR12.6 billion to SR8.7 billion over the same period. In contrast, education loans grew by 33 percent to SR5.9 billion.

Looking at consumer spending during the first half of 2022, the total value of point of sale transactions grew 12.9 percent year on year, reaching SR271.2 billion in June year-to-date compared to SR240.3 billion over the same period in 2021, SAMA data stated.

The most significant change in POS value between the first half of 2021 and 2022 was in “miscellaneous goods and services,” which grew 42.6 percent from SR19.7 billion to SR28.2 billion during this period.

Food and beverages, another component that exhibits a prominent share of 14.7 percent in POS sales, showed an increase of 14.8 percent from SR35.8 in June year-to-date last year to SR41.0 billion in June this year.

These were the details of the news Lower sales drag down profits of City and Arabian Cement in H1 for this day. We hope that we have succeeded by giving you the full details and information. To follow all our news, you can subscribe to the alerts system or to one of our different systems to provide you with all that is new.