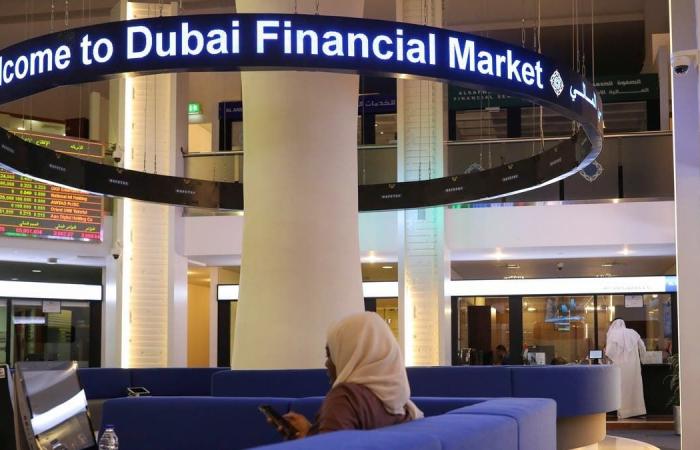 Thank you for reading the news about UAE In-Focus — DFM to include Tecom in its general index; Khalifa Fund offers $30m to support Kenyan SMEs and now with the details

Ethereum, the second most traded cryptocurrency, was priced at $1,681.23, falling by 3.07 percent, according to data from Coindesk.

The Wall Street Journal reported on Thursday that Voyager Digital Holdings Inc. was approved to return $270 million in customer funds to its creditors, according to Reuters.

Judge Michael Wiles, who oversees Voyager’s bankruptcy, said the company presented a “sufficient basis” to support its claim that Metropolitan Commercial Bank customers should be allowed access to their custodial accounts.

Several crypto firms have filed for bankruptcy in the wake of recent market turmoil, including Voyager.

Voyager estimated it had more than 100,000 creditors, assets worth $1 billion to $10 billion, and liabilities worth the same amount.

The Federal Reserve and the Federal Deposit Insurance Corp. ordered the company to stop making misleading claims about how its customers’ funds were protected.

In addition, Metropolitan Commercial Bank provided the company with a deposit account, but its customers were not backed by the FDIC.

During the COVID-19 pandemic, crypto lenders like Voyager grew rapidly, drawing depositors with high-interest rates. Crypto markets, however, have been negatively affected by the recent collapse of two major tokens in May.

As part of an investigation into suspected compliance issues related to foreign exchange regulations, India’s financial crime-fighting agency froze the assets of WazirX, an exchange linked to Binance, Reuters reported.

A total of 646.70 million rupees ($8.1 million) worth of assets have been frozen by the federal Enforcement Directorate.

A spokesperson for WazirX, which is among the largest virtual currency exchanges in India, said: “We have been fully cooperating with the Enforcement Directorate for several days and have responded to all their queries fully and transparently.”

“We do not agree with the allegations in the ED press release. We are evaluating our further plan of action.”

Crypto exchanges are suspected to be involved in helping instant loan apps launder proceeds of crime by converting them into cryptocurrencies through their platforms, according to the ED.

As a result of violating central bank norms and engaging in predatory lending practices, the ED is investigating several shadow banks and their fintech companies for money laundering.

According to Binance CEO Changpeng Zhao, it does not own Zanmai Labs shares.

He tweeted: “On 21 Nov 2019, Binance published a blog post that it had ‘acquired’ WazirX. This transaction was never completed. Binance has never — at any point — owned any shares of Zanmai Labs.”

He said Binance only provides wallet services for WazirX as a tech solution.

Chinese-owned illegal online betting applications were investigated by the ED in 2021.

According to the ED, the laundered proceeds of crime worth about 570 million rupees were converted into cryptocurrencies using the Binance platform during the investigation.

These were the details of the news UAE In-Focus — DFM to include Tecom in its general index; Khalifa Fund offers $30m to support Kenyan SMEs for this day. We hope that we have succeeded by giving you the full details and information. To follow all our news, you can subscribe to the alerts system or to one of our different systems to provide you with all that is new.