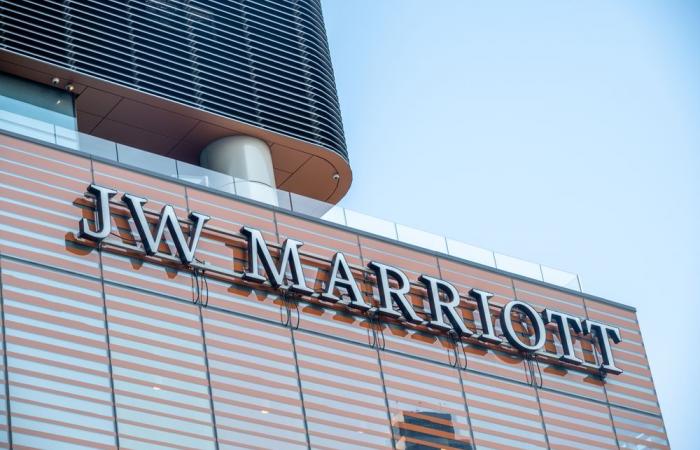 Abdullah Saad Mohammed Abo Moati for Bookstores Co. led the gainers with 3.93 percent gain, after it posted SR15 million ($4 million) in profit for its fiscal year ending March 31, 2022, an increase of 183.3 percent.

Leading the fallers was Tihama Advertising and Public Relations Co., down 2.67 percent.

Al Moammar Information Systems Co. edged down 0.50 percent, following an agreement with US-based Cloudera to host and distribute its services in the Kingdom.

SABIC Agri-Nutrients Co. gained 0.84 percent, following the announcement that it will pay dividends of SR4 a share in the first half of the year.

These were the details of the news Luxury hotel brand JW Marriott makes Saudi debut with Riyad Capital    for this day. We hope that we have succeeded by giving you the full details and information. To follow all our news, you can subscribe to the alerts system or to one of our different systems to provide you with all that is new.