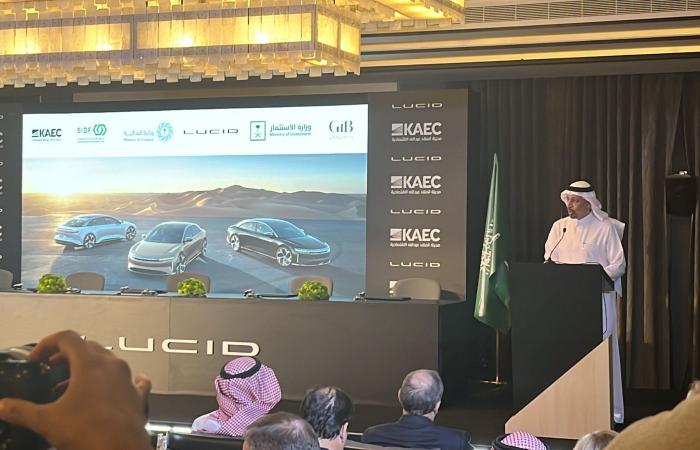 The Saudi Electricity Co. dropped 7.76 percent, after it reported a 10 percent decline in quarterly profit.

Methanol Chemicals Co. rose 3.44 percent, after it reported a 244 percent spike in profits in the first quarter.

In the financial sector, the Kingdom’s largest valued bank, Al Rajhi, edged up 0.21 percent, and Alinma Bank edged down 0.41 percent.

These were the details of the news Lucid Motors to establish its first overseas factory in Saudi Arabia for this day. We hope that we have succeeded by giving you the full details and information. To follow all our news, you can subscribe to the alerts system or to one of our different systems to provide you with all that is new.