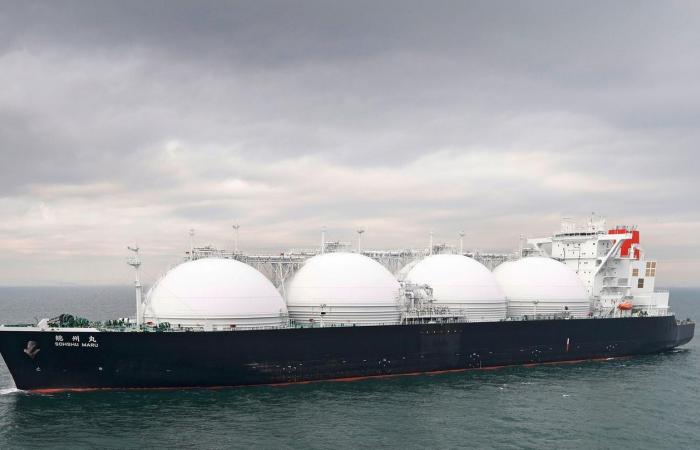 RIYADH: Unemployment in France and Britain fell to their lowest since 2008 and 1974 respectively, whereas the Dutch economy recorded no growth as consumption levels dropped.

Unemployment in France dipped slightly in the first quarter to the lowest rate in 14 years, official data showed on Tuesday, giving President Emmanuel Macron a boost ahead of legislative elections.

The unemployment rate slipped to 7.3 percent from 7.4 percent in the previous three months, the INSEE statistics agency said. A Reuters poll of 10 economists had on average expected the rate to remain unchanged.

It was the lowest level of unemployment since the second quarter of 2008, apart from an anomalous, unrepresentative drop at the start of the pandemic when job seekers could not look for work during a nationwide lockdown.

Apart from during that period, unemployment has come down steadily since Macron first took office in 2017, when the jobless rate stood at 9.5 percent.

Beyond the headline decrease in joblessness, INSEE’s quarterly employment report showed that youth unemployment rose to 16.3 percent from 16.0 percent in the final quarter of last year, when it hit the lowest level since early 1981.

Meanwhile, the employment rate, the share of the workforce in work, rose to 68 percent from 67.8 percent in the previous quarter, reaching the highest level since INSEE began keeping records in 1975.

Britain’s unemployment rate fell to its lowest since 1974 at 3.7 percent in the first three months of this year, official figures showed on Tuesday, below economists’ forecasts for it to hold steady at 3.8 percent.

Average earnings, excluding bonuses, were 4.2 percent higher than a year earlier in the three months to March, above the average forecast in a Reuters poll for wage growth to hold at 4.1 percent.

Turkish house sales rose 38.8 percent in April on the year to 133,058 houses, data from the Turkish Statistical Institute showed on Tuesday, with more than double the houses sold to Russians compared to a month ago as they sought a financial haven.

Sales to foreigners rose 58.1 percent, the institute said. Russian citizens rose to the top of the list in April with 1,152 houses from 547 in March. They were followed by Iranians and Iraqis.

Wealthy Russians are pouring money into real estate in Turkey and the UAE, seeking a financial haven in the wake of Moscow’s invasion of Ukraine and Western sanctions, many property companies say.

The data also showed April mortgaged sales rose 82.9 percent from a year earlier to 32,030, accounting for 24.1 percent of the total sales in the period.

Growth of the Dutch economy stalled in the first three months of 2022, as consumer and government spending dropped compared with the previous quarter, a first estimate released on Tuesday showed.

The first quarter gross domestic product was unchanged from the last three months of 2021.

Nonetheless, the eurozone’s fifth largest economy was 7 percent larger than it had been in the same period a year earlier, when demand was crippled by a broad COVID-19 lockdown.

Economists on average had expected quarterly growth of 0.2 percent.

Indonesia’s trade surplus jumped to its largest ever at $7.56 billion in April, as exports rose to a record high while imports grew slower than expected, data from the statistics bureau showed on Tuesday.

Indonesia, a major exporter of many commodities such as thermal coal, palm oil and nickel, has reported a trade surplus every month in the past two years, enjoying an export boom and rising prices of commodities.

A Reuters poll had expected a trade surplus of $3.25 billion for April, following a $4.53 billion surplus the previous month.

India’s wholesale prices accelerated at the fastest pace in at least 17 years as the Ukraine war and a weak rupee pushed up energy and raw material costs, raising risks for businesses that are unable to pass on costs.

Annual wholesale price inflation, a proxy for producers’ prices, climbed to 15.08 percent in April, remaining in double-digits for the 13th month in a row, and higher than 14.48 percent forecast in a Reuters poll of analysts.

Economists said that with wholesale inflation picking up along with retail inflation at 7.79 percent in April — an eight-year high — the central bank was likely to push for aggressive rate hikes to tame prices. Higher rates will pose a drag on economic growth as well, they said.

“With WPI inflation remaining solidly in double-digits, the probability of a repo hike in the June 2022 review of monetary policy has risen further,” said Aditi Nayar, chief economist at ICRA, the Indian arm of ratings agency Moody’s.

US retail sales increased solidly in April as consumers bought motor vehicles amid an improvement in supply and frequented restaurants, showing no signs of demand letting up despite high inflation.

Economists polled by Reuters had forecast retail sales accelerating 0.9 percent, with estimates ranging from as low as 0.2 percent to as high as 2.0 percent. Last month’s increase reflects both strong demand and higher prices.

Retail sales are mostly goods, and are not adjusted for inflation, which appears to have peaked in April. Bars and restaurants are the only services category in the report.

These were the details of the news UAE to build LNG plant to double its export capacity  for this day. We hope that we have succeeded by giving you the full details and information. To follow all our news, you can subscribe to the alerts system or to one of our different systems to provide you with all that is new.