The price of the dollar today in Lebanon, Friday, January 28,... 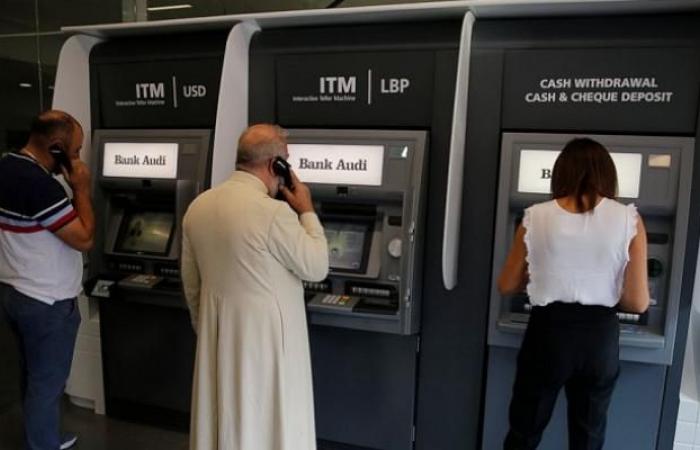 The price of the dollar in Lebanon fell today, Friday, January 28, 2022, during the beginning of transactions on the unofficial (black) parallel market.

And the Banque du Liban announced in a statement that “the trading volume on the Sayrafa platform reached, on Thursday, 50 million dollars, at a rate of 22,230 Lebanese pounds per dollar, according to the exchange rates of the operations carried out by banks and exchange institutions on the platform.”

Banks and exchange institutions must continue to record all sales and purchases on the Sayrafa platform, in accordance with the circulars issued in this regard.

The price of the dollar in Lebanon today

The price of the dollar fell against the Lebanese pound today, Friday, in the unofficial (black) parallel market, to range between 22600-22700 pounds per dollar, compared to 23000 and 23100 pounds to the dollar at the end of trading yesterday, Thursday.

The employees of some banks are asking customers to pay back the overdue loans, after there has been a lot of talk in the administrations of these banks about the possibility of raising the value of the loans, by convincing them that the value of the loans may rise if the dollar is fixed in the next stage, and therefore who should have paid the hundred dollars, for example. On the 1500 pounds, he will have to pay his monthly entitlement on the basis of 8 or 10 thousand pounds.

The price of the dollar in the Central Bank of Lebanon

The Banque du Liban has officially kept the exchange rate of 1,500 pounds to the dollar, which is destined for the import of some necessary goods, but all goods are sold at the market price.

Lebanon is facing an unprecedented financial crisis and reaching an agreement with the International Monetary Fund is the only way to get help.

The fund said last December that it was assessing $69 billion announced by Lebanese officials for losses in the country’s financial system.

Disagreements in Lebanon over the size of the losses and how they are distributed caused a breakdown in talks with the IMF in 2020.

The central bank, banks and the political elite rejected the figures included in a government plan backed by the Monetary Fund at the time, regarding these losses.

The World Bank issued a press release on Tuesday attached to its latest report on Lebanon, in which it accused the “elite” of being involved in the country’s sluggish economy.

The World Bank said that the recession in the Lebanese economy “is orchestrated by the country’s elite leaders” and “endangers the long-term stability and social peace in the country.”

Lebanon’s descent into financial meltdown began in 2019 as a result of mismanagement of massive spending, which caused debts to rise and political paralysis as rival factions feud, and foreign lenders refrain from bailing out the country unless reforms are made.

These were the details of the news The price of the dollar today in Lebanon, Friday, January 28,... for this day. We hope that we have succeeded by giving you the full details and information. To follow all our news, you can subscribe to the alerts system or to one of our different systems to provide you with all that is new.