5% rise in rents in Ras Al Khaimah and occupancy of... 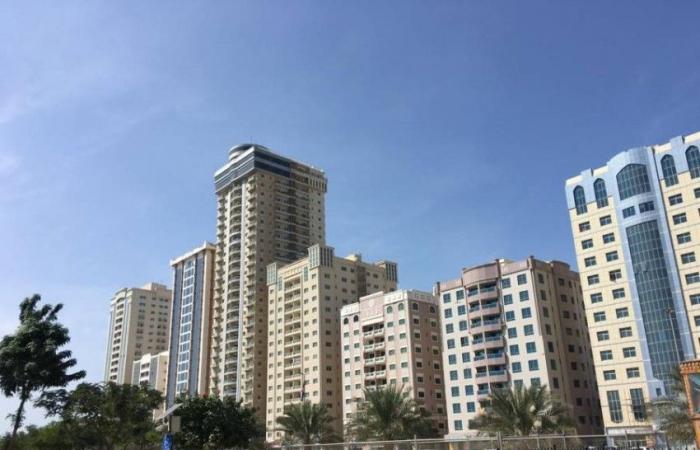 Residential rental prices varied in the northern regions of the Emirates, rising in some areas at slight rates that did not exceed 5%, while other areas maintained the annual rent value with the aim of achieving full occupancy of the housing units.Investors and real estate brokers in the northern Emirates confirmed that rents vary greatly from one emirate to another, due to considerations related to the distance from the vital areas in the country, and that some areas have their own standards, which formed an incentive to raise rents in some areas, as a result of the growth in demand.

The director of Al-Ghanim Real Estate Company in Ajman said that he reduced the value of rents for the fourth time since the beginning of last year 2021, bringing the total reduction to about 20%, as the housing unit whose annual rent was 32,000 dirhams, is today at 25,000 dirhams.

He explained that the occupancy rate did not exceed 90% despite the reductions, noting that the real estate supply in Ajman exceeds the volume of demand, and the options available to dealers in the market are multiple.

He added that investment real estate companies aim to reach full occupancy, because the vacant units constitute a cumulative loss over time, explaining that the vacancy of one housing unit for a year, means a decline in annual revenues, which constitutes a major challenge for companies operating real estate and owners.

For his part, the director of a real estate management company in Ras Al Khaimah, Nawaf Al Balushi, confirmed that they raised the value of the rent on some housing units in vital areas by a rate ranging between 3 and 5%, indicating that the positive real estate investment in Ras Al Khaimah is its competitive independence from other emirates.

He explained that the volume of demand witnessed a growth for family units in vital areas, especially independent residential villas, noting that the owners preferred to raise the rent in light of the talk of economic recovery.

He said that the occupancy is almost complete in most residential properties in the emirate, which prompted some companies to raise the value of annual wages, indicating that demand is the main reason for the gradual rise.

In turn, the real estate broker in Ras Al Khaimah, Ahmed Al Sharif, said that the real estate occupancy of the real estate units managed by the company has reached 100%, and the demand is high compared to the supply, as the most prominent housing units in demand in the market are studios, rooms, halls, two rooms and a hall.

He pointed out that there is a rise in the rent of housing units in some areas, and some companies employed the general idea of ​​economic recovery in their favour, to raise prices at a rate not exceeding 5% in the last months of last year.

He explained that the company is still maintaining the final discount price that it reached during 2021, with the aim of maintaining real estate occupancy, because any increase could cause tenants to leave due to options in the market.

For his part, Director of the Gulf Real Estate Company in Umm Al Quwain Ahmed Hassanein said that the competitiveness in the market in neighboring cities constitutes an important opportunity for dealers due to the multiplicity of options and incentives offered by real estate companies.

He pointed out that the prices are still within the framework of the discounts and incentives launched by the company in 2021, with the aim of raising the level of real estate occupancy, which they have in the company to 85%, and there is no increase in prices.

For his part, Director of Projects at Pluto Real Estate in Sharjah, Fayek Murtaja, said that the prices of their housing units are witnessing stability with the advent of the new year, and the demand in the market is commensurate with the volume of demand, and the volume of occupancy is almost complete, as a result of the multiplicity of options in the market.

He pointed out that the real estate market in Sharjah remains one of the most vital markets in the region, due to the emirate’s vital location, and the important strategic services it provides to the population, indicating that occupancy varies from one region to another in the emirate, which is reflected in the value of prices in terms of rise or fall. related to demand and supply.

Dealers in Ras Al Khaimah said that real estate prices have risen in most areas near the city center, but there are still many options in the emirate, and incentives are available to support real estate occupancy, but the market is heading for more rise in light of the economic recovery that most real estate companies considered from favor to raise prices.

These were the details of the news 5% rise in rents in Ras Al Khaimah and occupancy of... for this day. We hope that we have succeeded by giving you the full details and information. To follow all our news, you can subscribe to the alerts system or to one of our different systems to provide you with all that is new.