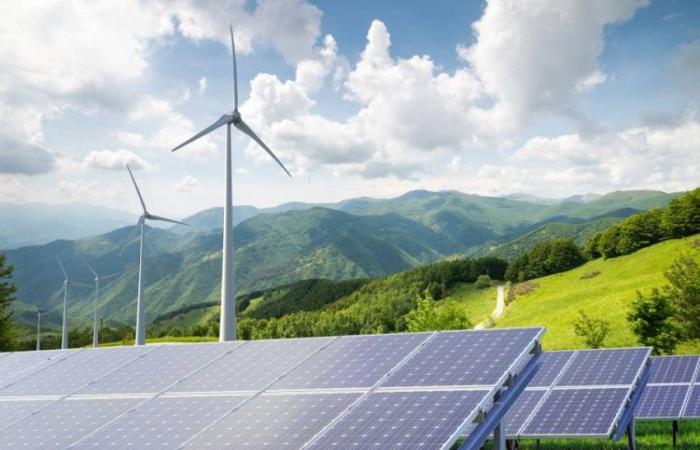 The UAE plays a leading role in the global energy transformation, with a package of local and international projects that make optimal use of the components of natural energy generation and achieve long-term cost savings for electricity generation, according to specialists in the sector.They pointed out that Emirati investments in energy and sustainable energy support projects in Europe exceed 18 billion dirhams in key sectors that comprise solar and wind energy, in addition to electricity and water generation projects, according to indicators for project developers.

These investments, according to indicators data obtained by “Vision”, provide about 1.2 million homes with clean energy, and directly contribute to providing less costly sources of energy.

According to the latest studies of the International Renewable Energy Agency (IRENA), the cost of generating offshore and onshore wind energy and photovoltaic energy has decreased by between 48% and 68%, making it cheaper than energy generated from fossil fuel plants.

For its part, Masdar, on the sidelines of the launch of the Sustainability Week, confirmed its continuation to enhance its investments to support infrastructure and transformation projects towards sustainable energy, overcome energy cost challenges and transition to future energy, noting that 2022 will witness great strides in this regard, to establish The competitiveness of the UAE in terms of reducing the cost of generating future energy.

The share of investments that support the source of sustainable energy projects in Europe amounted to about 17 billion dirhams in several countries, including the United Kingdom, Poland and Montenegro.

These projects are at the top of the London Wind Energy Array, whose investments exceed 11.4 billion dirhams (2.2 billion pounds) and directly contribute to supplying about 500,000 homes with clean energy.

Next is the Dudgeon plant in the United Kingdom, whose investments amounted to 3 billion dirhams, and is one of the largest offshore wind power plants, and contributes to feeding 410,000 homes.

The size of the investments of the “Cibok 1” wind power plant in Serbia is about 1.2 billion dirhams (equivalent to 300 million euros), feeding 113 homes, followed by the floating wind power plant “Hionide Scotland” in the United Kingdom also with investments equivalent to one billion dirhams (210 million pounds). sterling) with another project to store energy generated from it, while feeding about 6,600 homes with clean energy.

Other projects included the Malaw and Cargiu stations in Poland, which together provide power to nearly 90,000 homes, and the Kronovo station in Montenegro, powering 45,000 homes.

Indicators of the Abu Dhabi Fund for Development showed that the volume of its financing exceeded one billion dirhams, about half of which was directed to support electricity and water generation projects in a number of European countries, including Malta, Montenegro, Turkey and Albania.

The Renewable Energy Agency (IRENA) attributes the decline in the cost of generating electricity from renewable energy over the past years to the development of technologies, economies of scale, increased competitiveness of supply chains, and the growing experience of developers, as the costs of generating electricity from solar photovoltaic projects at the utility level decreased by 85% between In 2010 and 2020, the cost of electricity generation from solar and wind energy decreased significantly, so that the cost of photovoltaic energy achieved a direct decrease during the latest studies for the year 2020 by about 68%, and about 58% for the cost of onshore wind energy, in addition to 48% in the cost of offshore wind.

Economic expert and consultant Frei Al Mazrouei stressed that the UAE plays a leading role in the global transformation of sustainable energy, not only through the projects that it implements locally, which are the largest and cheapest globally, but also expanded to invest in similar projects in many countries of the world, especially Europe.

For his part, the specialist in the energy sector, Dr. Ali Al-Amri, stressed that the growth of Emirati investments in the renewable energy sector would contribute to reducing the cost of energy with the declines in the cost of generating unusual energy, and reducing the cost of remedying the environmental impact resulting from electricity generation projects with oil fuels, noting. To the success of the investment vision in selecting projects that promote optimal utilization of the natural components of the markets in which it operates, whether in terms of solar energy or wind energy.

These were the details of the news 18 billion dirhams UAE investments in the European energy sector for this day. We hope that we have succeeded by giving you the full details and information. To follow all our news, you can subscribe to the alerts system or to one of our different systems to provide you with all that is new.