Economists: The new mechanism to support the lira is a Turkish... 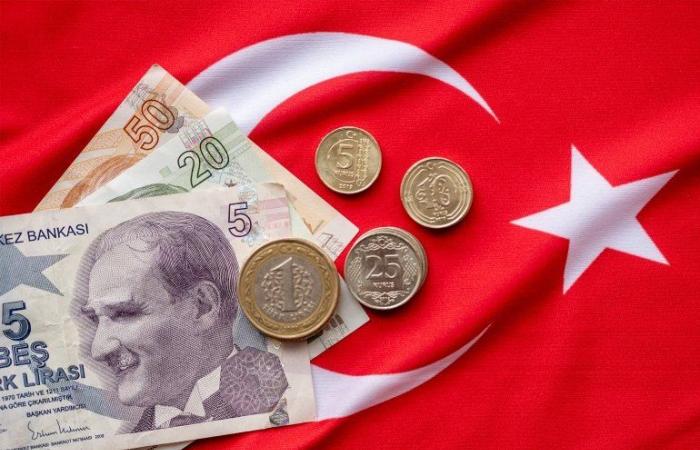 The echoes of the new mechanism revealed by Turkey to support its local currency are still continuing locally and abroad, coinciding with the continued recovery of the Turkish lira against the dollar, while economic experts describe this step as a “local invention” and “a lesson in the art of managing states.”

Following the new financial mechanism revealed by Turkish President Recep Tayyip Erdogan, last Monday, the lira, which had fallen earlier by more than 11%, rose to about 18.4 against the dollar, by more than 10% after Erdogan’s announcement, and the dollar reached 12 liras, to continue the recovery to That amounted to 10.30 pounds per dollar, before declining slightly.

The Turkish Banks Association had said in a statement that one billion dollars had been transferred to the Turkish currency after Erdogan’s statements, which contributed to the rise of the lira.

Commenting on the matter, the economic researcher, Dr. Ahmed Musabeh, explained the new financial instrument that a long-term exchange rate for exporting companies will be determined directly through the Central Bank, and in the event of differences, they will be paid in pounds to the companies concerned, according to a report by Al-Jazeera Net.

Mosbeh said, “According to this decision and the government’s bearing of a large part of the risks and losses of companies due to exchange rate fluctuations, quantities of dollars were sold by companies, banks and the private sector to strengthen the lira, which contributed to a significant rise of the lira within hours.”

He stressed that it is a step that will restore a part of confidence, dispel future fears and reduce exchange rate risks, but it remains necessary to reduce the frequency of statements during the coming period, believing that the meeting of the Minister of Finance yesterday with the Turkish Banks Association was positive.

Mosbeh added, “There are big selling waves of the dollar in an attempt to achieve a profit margin through the strength of the lira, but the ease of decline and rise will pose a danger to the economy in the next stage. If there are no interventions that restrict speculative operations, the lira will witness greater ups and downs.”

After the lira rose, citizens hope that the prices of goods that rose when the dollar rose will decrease, but economists stressed that everything that is produced and manufactured needs months to return to its price, while commercial goods may witness an improvement after a week.

For his part, Mohamed Ibrahim, an economic researcher at Ege University, stated that the government, according to the new financial instrument, will work to guarantee exchange rate risks, meaning that the consequences of reducing interest will be charged to the government budget.

“The government is taking the risk that it is now pumping the lira and buying the dollar again at a loss, and after that it will control the exchange rate,” he said.

He added, “Returning part of the lost confidence to the street after reassuring it about its savings in the local currency and proposing compensation and paying the differences, in anticipation of the president trying to manage the crisis despite the lack of auxiliary factors.”

Ibrahim pointed out that the Turkish president is now only trying to manage the crisis and bear some of its effects, and he believes that this is less harmful to him than entering into a recession.

He explained that the government will go as far as possible in defending the lira and will try to do so in all possible ways and invent new tools for that, as it will put pressure on the sustainability of public finances.

Ibrahim believes that predicting the exchange rate of the lira in the short term has become more difficult as a result of direct and counter-interventions. In addition, this will make it difficult to treat inflation and will keep it for a longer period in light of continuing towards expansionist policies.

He said, “The economy needs stability, perhaps until the next elections, things will remain in the form of actions and reactions between the government and the markets, and the opposition’s attempt to exploit the matter. The opposition wants to use the stumbling and economic instability in its favour, with the aim of increasing its voter turnout, and in the hope that this will help its candidate to win the presidential elections.” .

Experts considered that what happened tonight in the rise of the Turkish lira in just two hours by 25% against the dollar, is an important lesson in the art of managing countries, especially the government’s decision to compensate citizens for the exchange rate difference in the event that they keep their savings in banks in Turkish lira, stressing that this model ” A Turkish invention” and does not exist in any country in the world, but – at least so far – it has restored part of the street’s confidence in their local currency, after it declined significantly due to the interest rate cut, and the recent economic crisis that afflicted the country.

While other economists mentioned that the measures of the new financial instrument were adopted by the former Turkish Prime Minister Tansu Ciller in the 1990s, and that they benefited temporarily and the crisis departed a little, but it came back in a more severe form later.

These were the details of the news Economists: The new mechanism to support the lira is a Turkish... for this day. We hope that we have succeeded by giving you the full details and information. To follow all our news, you can subscribe to the alerts system or to one of our different systems to provide you with all that is new.