The story of Elon Musk’s “cheap” house… Where does the richest... 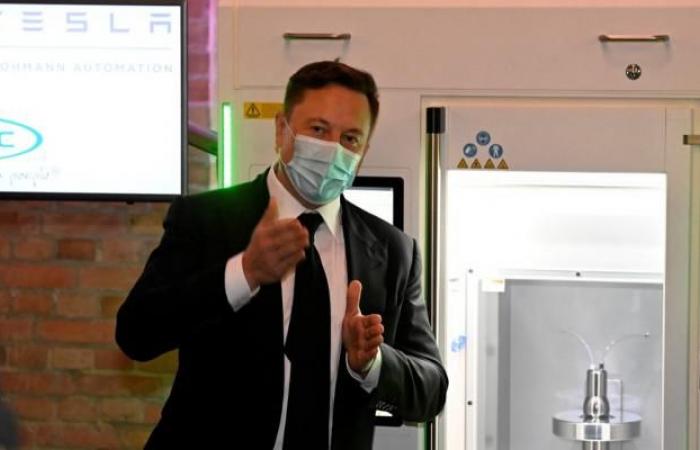 Tesla CEO Elon Musk said his primary residence is a simple $50,000 home he rents from SpaceX.

The house is adjacent to the company’s spaceport in Texas, but the eccentric billionaire actually lives in a luxurious Austin mansion owned by his wealthy friend Ken Hoery, according to the “Wall Street Journal.”

A house for about 50 thousand dollars

In June, Musk tweeted that his primary home was “really a $50,000 home in Boca Chica that he rented from SpaceX,” adding that it was “kind of cool.”

However, the magazine reported that for about a year, Musk had been living in an 8,000-square-foot property owned by PayPal co-founder and former US ambassador to Sweden, Howery, which he bought in 2018 for $12 million, and was the most expensive property on the Austin market.

Musk also checked out Austin mansions for purchase, according to the magazine, which cited people familiar with Musk’s living arrangements.

The joint link between Musk and Howery is PayPal Holdings, which Howery co-founded and where Musk served as an executive.

And what we don’t know if Musk is paying his friend to live in his palace?

Forbes estimated Musk’s net worth on Wednesday at $261.9 billion.

Musk, 50, is the richest man in the world, followed by Amazon founder Jeff Bezos, Bernard Arnault and his family. Musk is the only billionaire with a net worth exceeding $200 billion at the moment.

Last year, Musk expressed his displeasure with the state of California over the Covid restrictions that crippled operations at the Tesla plant in the Bay Area, so he sold many properties in that state.

A few days after his June tweet in which Musk said he only owns one home in the Bay Area, he put it up for sale.

Tesla moved its headquarters from California to Texas in October.

The American who pays the most taxes in history

Musk recently got involved in a tax debate with Democrats on Twitter. In a recent tweet, Musk said he will pay more than $11 billion in taxes this year.

In a Twitter spat last week with Senator Elizabeth Warren (D-Mass.), Musk claimed he would “pay more taxes than any American in history this year.”

According to Forbes estimates, Musk owes the federal government at least $8.3 billion in taxes for 2021.

It is reported that Musk was criticized following reports that he did not pay his taxes in 2018.

According to US tax rates, Musk will pay about 53% of his net worth in taxes.

Legendary numbers in an exceptional year for “Mask”

Musk, CEO of Tesla and SpaceX, was named “Person of the Year” by Time magazine.

The richest man on the planet, in the ranking of the person of the year in the American “Time” magazine, succeeds US President Joe Biden and his deputy, Kamala Harris.

What can be said about the crazy year of Elon Musk? The Tesla and SpaceX chief has had a busy schedule this year, between selling his California mansion and moving into a roughly 400-square-foot condo in Texas, his split from his pop star girlfriend, his tweets, his discussion of politicians and contemplating retirement.

In conjunction with this busy schedule, Musk was also filling his portfolio, thanks to Tesla shares, which jumped 39%, in addition to the high valuation of SpaceX. In November he became the first person ever to have a fortune of $300 billion, although that didn’t last long.

Tesla shares quickly plummeted after Musk posted a poll on Twitter saying he would sell some of his shares, losing billions of his fortune.

These were the details of the news The story of Elon Musk’s “cheap” house… Where does the richest... for this day. We hope that we have succeeded by giving you the full details and information. To follow all our news, you can subscribe to the alerts system or to one of our different systems to provide you with all that is new.