Iraq achieved more than 7.5 billion dollars from selling oil during... 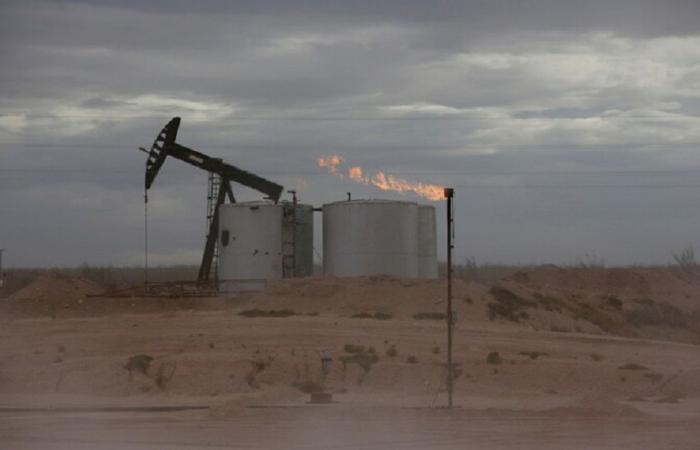 Today, Saturday, the Iraqi Oil Ministry announced that the revenues generated from the total oil exports during the past month exceeded 7.5 billion dollars.

And the ministry stated in a press statement, that “the amount of crude oil exports for the month of last November amounted to 98,192 thousand and 317 barrels, with revenues of 7 billion and 610 million and 850 thousand dollars.”

She added, “The exported quantities of oil during the same period amounted to 95 million and 860 thousand and 149 barrels from oil fields in central and southern Iraq, while the quantities exported from Kirkuk oil through Ceyhan port were 2 million and 32 thousand and 685 barrels.”

And the Iraqi Ministry of Oil added, “The exported quantities were carried by 30 international companies of different nationalities, from the ports of Basra, Khor al-Amaya, mono-buoys on the Gulf and the Turkish port of Ceyhan.”

These were the details of the news Iraq achieved more than 7.5 billion dollars from selling oil during... for this day. We hope that we have succeeded by giving you the full details and information. To follow all our news, you can subscribe to the alerts system or to one of our different systems to provide you with all that is new.