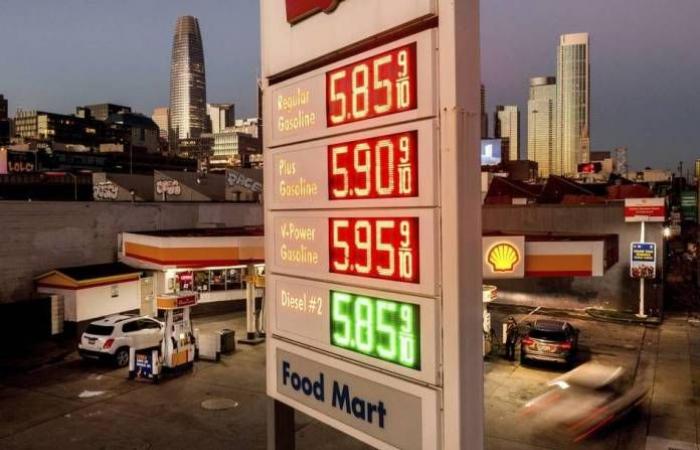 Oil prices fell, on Friday, in limited trading during the Christmas holidays, after rising for three days, as investors tried to estimate the impact of the “Omicron” mutator from the Corona virus on demand.
Brent crude futures fell 29 cents, or 0.4 percent, to $76.56 a barrel by 0205 GMT, after rising 2.1 percent in the previous session. Despite this, the benchmark is still on its way to record a weekly gain of about four percent.
And markets in the United States were closed, Friday, due to the Christmas holiday.
Oil prices rebounded this week as concerns eased about the impact of the highly contagious mutant “Omicron” in the global economy, as preliminary data indicated that it causes milder symptoms.
“But investors remain cautious amid an increase in cases,” said Hiroyuki Kikukawa, general manager of research at Nissan Securities.
And infections with the Corona virus increased significantly wherever the mutator spread, prompting many countries to impose new restrictions.
On Thursday, United Airlines and Delta Air Lines announced the cancellation of dozens of Christmas Eve flights, with the presence of mutant infections among flight crew members and workers.
But Kikukawa said, “However, given the rise in natural gas prices in Europe and Asia, oil will maintain a positive trend thanks to expectations of converting some fuel industries from high-priced gas to oil.”
An increase in the number of rigs in the United States also put pressure on the oil market.
Baker Hughes Energy Services said the number of operating oil and gas rigs rose to its highest level since April 2020 in the most recent week. The total number of rigs reached 586, which portends an increase in production in the coming months.
(Reuters)

These were the details of the news Brent crude contracts are down in limited trading after a three-day... for this day. We hope that we have succeeded by giving you the full details and information. To follow all our news, you can subscribe to the alerts system or to one of our different systems to provide you with all that is new.