Experts Answer: Why do the founders of startups lose their enthusiasm... 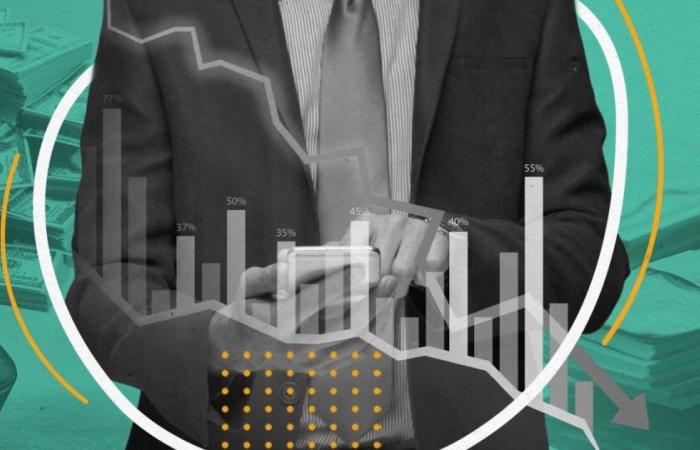 The movement of recent changes in the major giant companies that were once emerging companies and the home of inspiration and payment to their founders prompted analysts to say that the fate of all companies – particularly the most promising ones in the field of technology – is the lack of enthusiasm among the founders as their success and excellence progress and their value turns into tens, hundreds, or even thousands Billions of dollars in the stock exchange.

“As a company grows, it undergoes a massive transformation and goes from a small company where everyone knows each other to a large group where they know no one,” says independent analyst Rob Enderle.

He added, “The situation is shifting from field work to tasks focused on the administrative side and internal politics,” explaining that those with creative personalities, creative talents and a spirit of leadership tend to lose their enthusiasm with the growing size of the group and its institutionalization.

“Creative personalities, creative talents, and leadership tend to lose their enthusiasm as the size and institutionalization of the group grows.”

Leaving the helm of Twitter this week, Jack Dorsey joins a long list of founders of giant US digital technology groups who have given up running their companies to shift the helm to new managers, often with more experience.

From Bill Gates (Microsoft) to Jeff Bezos (Amazon), through Sergey Brin and Larry Page (Google), all have left the responsibilities of leading their companies after managing them for several years.

After suffering from pancreatic cancer, Steve Jobs confirmed his resignation from the position of general manager of the “Apple” group (Apple) in August 2011, a few weeks before his death, and chose Tim Cook to succeed him.

This trend is reinforced by the founders’ involvement – in many cases – in other projects. Bill Gates has long been dedicated to the charitable foundation he set up with his ex-wife, while Jeff Bezos is deeply involved in his space exploration company, Blue Origin. As for Jack Dorsey, he has long shown an interest in “Bitcoin” and virtual currencies in general.

But his abandonment of the position of general manager does not necessarily mean a complete departure from Twitter, as some company chiefs – such as Larry Page, Sergey Brin and Jeff Bezos – for example retain a position on their company’s boards of directors and have a say in major strategic directions.

And this is without counting the shares that the former heads of companies may have held in the institutions they created and in their portfolio of assets; Jeff Bezos’ huge fortune is made up of 10% of the trading shares he owns in Amazon, which is approximately $180 billion.

One of the justifications often given for the withdrawal is the need to transfer responsibility to more experienced managers who are more qualified to handle the day-to-day tasks of groups worth tens, hundreds or even thousands of billions of dollars in the stock exchange.

This trend is reflected in the personal qualifications of the people chosen to succeed the resigned founders, as the majority of new company chiefs have spent many years advancing within their companies, including Satya Nadella at Microsoft or Sundar Pichai at Google’s parent group Alphabet, and Andy Gacy at Amazon and Parag Agrawal at Twitter.

“The appointment of specialists in management – whatever their degree of competence – is not without risk, because the company may lose its innovative character.”

But hiring management specialists, whatever their degree of competence, is not without risk; Because the company may lose its innovative character, according to Inderle.

“The founder often acts against the wishes of the financially motivated board members, because he wants to protect his company,” the analyst explained.

The risk is that the company will become “obsolete because future managers focus on short-term financial profits, rather than long-term strategic resilience”.

Yet none of the tech giants waned after their founders left, as their growth kept pace or even accelerated.

But Mark Zuckerberg, the founding president of Facebook, which changed its name to “Meta” last October, is an exception in this scene, as he has held the position of general manager of the giant group since its founding in 2004.

Although COO Sheryl Sandberg has played a large role in recent years, Zuckerberg remains the face and voice of the world’s leading social network.

Zuckerberg, with his tight grip, raises many questions and criticisms, especially in light of Facebook facing one of the worst crises in its history in recent weeks.

Anderleh said that Zuckerberg “never really learned how to be a general manager, and made grave mistakes that put Facebook at great risk,” adding that any more veteran manager would have acted differently.

These were the details of the news Experts Answer: Why do the founders of startups lose their enthusiasm... for this day. We hope that we have succeeded by giving you the full details and information. To follow all our news, you can subscribe to the alerts system or to one of our different systems to provide you with all that is new.