The rise of gold, the fall of the dollar and the... 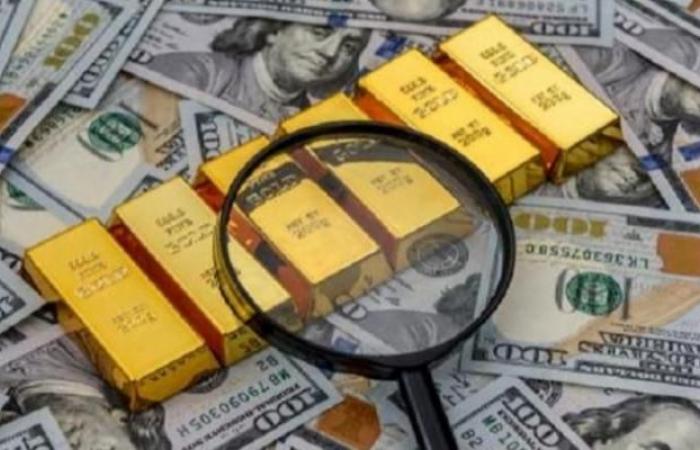 Gold rose, with US bond yields and the dollar falling, while the price of the most popular cryptocurrency “Bitcoin” fell to its lowest level in 10 days.

At the conclusion of Wednesday’s volatile session, gold prices rose, supported by the fall of the dollar, and the decline in US Treasury yields.

The precious metal’s gains were limited by the strong appetite for risk in the stock markets.

And gold got support from the decline of the dollar index, by 0.1% against a basket of 6 major currencies.

US 10-year bond yields also fell to their lowest level in nearly two weeks, which reduces the opportunity cost of buying non-yielding gold.

Market players’ attention has now turned to the European Central Bank meeting scheduled for Thursday, and the US Federal Open Market Committee meeting on November 3.

The major currencies stabilized again, in trading Wednesday, after surprising statements from the Bank of Canada, which sparked a wave of volatility in the markets that were relatively calm.

The US dollar initially fell 0.7%, against its Canadian counterpart, after the Bank of Canada hinted that it might raise interest rates sooner than thought.

The moves, however, subsided, and the US currency fell 0.4% against the Canadian dollar.

Prior to the announcement, the Canadian dollar had fallen to its lowest level in nearly two weeks against its US counterpart.

He added, that dealers have different expectations regarding inflation in each region.

The Bank of Canada’s comments may be the first catalyst for new assessments of how interest rates are changing, and the impact on currencies, as central banks try to support the recovery from the pandemic without fueling inflation.

And the Australian dollar rose, by 0.3% to $ 0.752, after it had jumped 0.4%, after data showed that core inflation in Australia rose to a 6-year high last September, which surprised the market.

It led to a sharp rise in short-term bond yields.

And sterling fell 0.1%, to 1.3740 dollars, after the British finance minister revealed the expectations for the country’s budget.

With regard to cryptocurrencies, the price of Bitcoin fell to $58,100, reaching its lowest level in a week and a half, in a move that traders attributed to profit taking after the currency recorded an all-time high of $67,016,000 last week.

The currency has since fallen more than 13% but is still on track for its best monthly performance since February.

These were the details of the news The rise of gold, the fall of the dollar and the... for this day. We hope that we have succeeded by giving you the full details and information. To follow all our news, you can subscribe to the alerts system or to one of our different systems to provide you with all that is new.