Renewable energy employed up to 12 million people worldwide in 2020 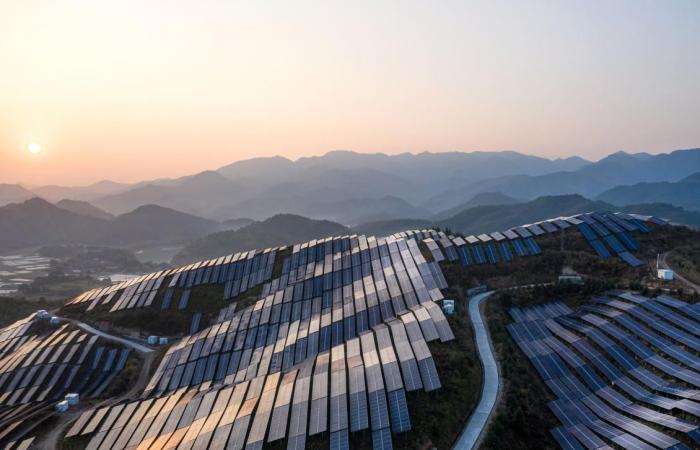 Jeddah - Yasmine El Tohamy - Global shares were on course for their third straight week of gains on Friday, buoyed by tech stocks in Asia overnight, while the dollar dipped and oil prices held steady.

MSCI's broadest gauge of global shares was up 0.1 percent in early European trade, 1.4 percent higher on the week and just 0.8 percent off its all-time high.

That followed gains in Asia, where equity bulls were also comforted by news that heavily indebted Chinese property firm China Evergrande Group had made a surprise interest payment, averting a default for now.

Japan's Nikkei advanced 0.3 percent, led by the technology sector, while energy and basic materials shares were the biggest drags as coal futures extended their losses after Beijing signalled it would intervene to cool surging prices that contributed to the country's electricity shortage.

Mark Haefele, Chief Investment Officer, UBS Global Wealth Management, said in a note to clients that equities could still move higher, despite growing concerns around the impact of inflation and the potential for central banks to tighten policy.

"Indeed, small increases in inflation expectations can be positive for markets if it helps to banish fears of deflation. Furthermore, by our assessment, global growth remains strong, supply chain challenges should recede into 2022, and corporate earnings should continue to grow."

Next week, Facebook, Apple, Amazon, and Google-owner Alphabet all report, with bulls hoping they can follow forecast-beating earnings this week from Netflix.

Meanwhile, yields on benchmark 10-year Treasury notes were at 1.6828 percent, easing back from a five-month high of 1.7050 percent reached overnight.

The dollar index, which gauges the greenback against six major rivals, was down 0.1 percent to 93.639 on Friday, despite initially bouncing off recent lows after U.S. jobless claims fell to a 19-month low, pointing to a tighter labor market.

The Fed has signalled it could start to taper stimulus as soon as next month, with rate hikes to follow late next year. Full employment is among the Fed's stated requirements for rates lift-off.

Across commodities, oil was flat with Brent crude set for its first losing week in seven and West Texas Intermediate its first in nine.

Gold was up 0.5 percent on the back of the weaker dollar, on course for its second week of gains.

These were the details of the news Renewable energy employed up to 12 million people worldwide in 2020 for this day. We hope that we have succeeded by giving you the full details and information. To follow all our news, you can subscribe to the alerts system or to one of our different systems to provide you with all that is new.