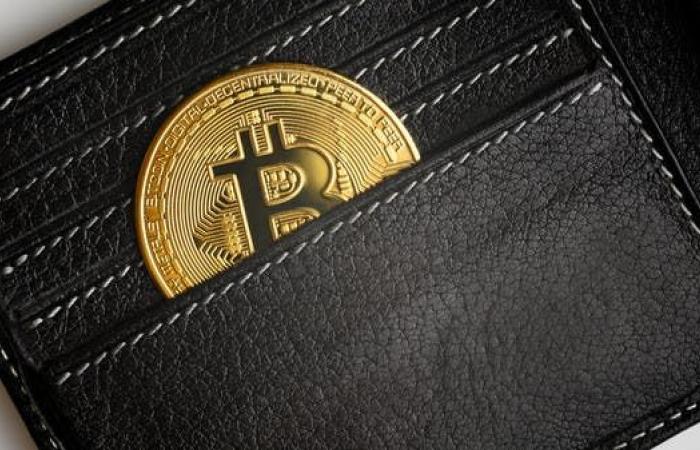 JPMorgan strategists see inflation fears as the reason for Breaking the cryptocurrency Bitcoin to record levelsAnd not the launch of the first Bitcoin futures ETF in the United States.

“In and of itself, the launch of BITO is unlikely to lead to significant new capital entry into Bitcoin,” wrote strategists including Nikolaos Panegirtzooglu, referring to the Proshares Bitcoin Index Fund (BITO).

They added, “Instead, we believe that the perception of Bitcoin as a better inflation hedge than gold is the main reason for the current rally, which has led to a shift away from gold-linked index funds, to BTC funds since September.”

Rising concerns about inflation have renewed investor interest in assets that can act as hedging tools – and this includes Bitcoin – as gold in recent weeks has failed to respond to rising concerns about upward cost pressures, and a growing shift away from gold ETFs to ETFs. for Bitcoin.

“This flow shift remains intact, supporting the bullish outlook for Bitcoin through the end of the year,” the analysts said.

They cited a fourth straight month of outflows totaling $3.6 billion from the $56 billion SPDR Gold Shares ETF, which tracks gold prices, according to Bloomberg.

Meanwhile, Bitcoin investors already have “many investment options,” JP Morgan said, as strategists pointed to the launch of the Bitcoin Purpose ETF in Canada, which received a warm reception at first and then slowly waned momentum, expecting to fade. Initial hype about BITO a week later.

This comes as Bitcoin reached a milestone on Wednesday when it crossed $66,000 for the first time. Investors and analysts largely attributed the penetration to optimism about broader acceptance after the successful launch of the inaugural ETF.

BITO this week also saw a significant moment when it debuted on Tuesday, as the second most traded fund of all time. It executed $1.2 billion in trades on its first trading day, while the fund’s assets increased to $1.1 billion, becoming the fastest ETF to surpass $1 billion in volume, according to Bloomberg data.

These were the details of the news Bitcoin Record Rally Driven by Inflation Fears for this day. We hope that we have succeeded by giving you the full details and information. To follow all our news, you can subscribe to the alerts system or to one of our different systems to provide you with all that is new.