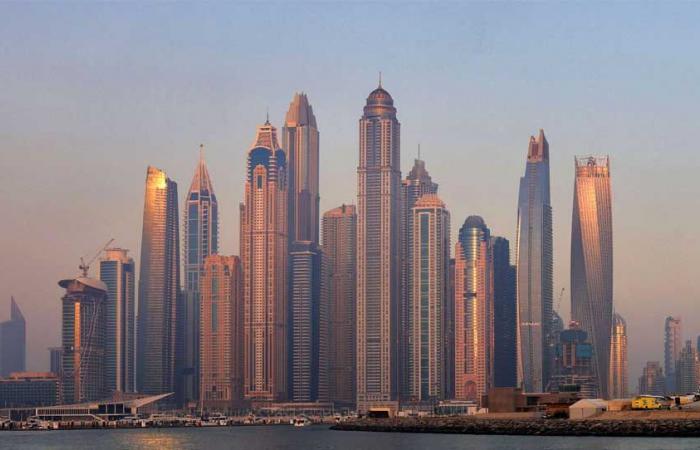 Dubai (Reuters) – Real estate investment firm CBRE Group said average residential property prices in Dubai rose 4.4% in the twelve ended August, the highest annual increase since February 2015.
But a steady decline in rents indicates continued weakness in the sector, which has been in trouble for a long time. CBRE said rents in Dubai continued their downward trend, declining 2.7% on average in the year to August.
Reuters reported in March that the luxury sector in the Dubai real estate market witnessed a boost after a sharp decline caused by the Covid-19 pandemic, but the road to recovery in the sector is still long.
Even before the pandemic, the UAE’s long-term economic trend has been slow since the collapse of oil prices in 2015 and 2014. The supply of new homes and apartments has for years outstripped demand in a market where most residents are foreigners, many of whom have left during the pandemic.
CBRE data showed that market trends continue to tilt in favor of villas over apartments, and prices remain below their historical highs. While apartment prices rose 2.5% and villa prices increased 17.9 percent in the twelve months to August, they were still 30.4% and 20.5% lower, respectively, from their peaks in 2014.
Apartment rents declined 5.2% year-on-year in August while average villa rents rose 15.5%, the highest growth rate recorded for the sector.
The office market witnessed an increase in occupancy, as it rose 28.8% in the third quarter of this year from 77.1 percent in the previous quarter. Meanwhile, average rents in premium and first to third grades fell between 4.1% and 6.5% y/y in the third quarter.
CBRE said the pressure on prices came from new entrants, such as international and local technology companies, and Chinese and financial technology companies. These companies tend to demand premium offices and first-class offices.

These were the details of the news Dubai: Real estate prices rise as rents continue to decline for this day. We hope that we have succeeded by giving you the full details and information. To follow all our news, you can subscribe to the alerts system or to one of our different systems to provide you with all that is new.