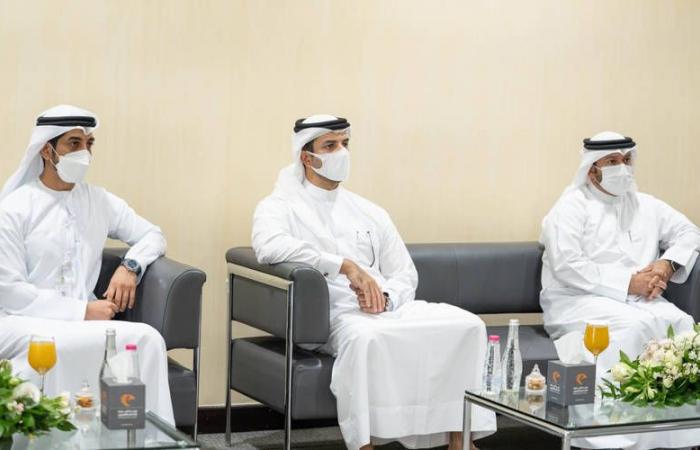 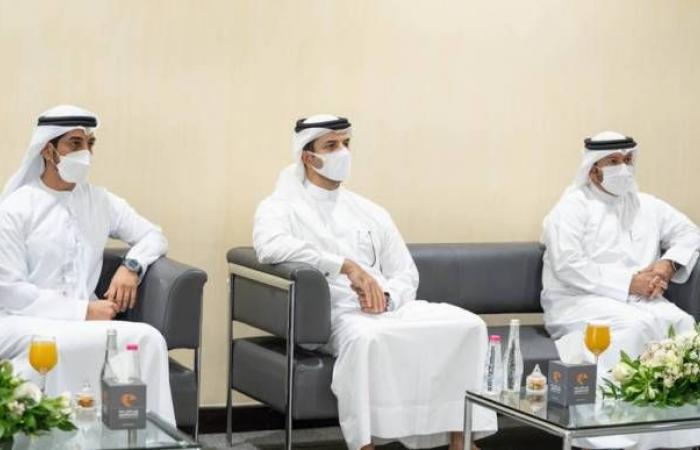 His Highness Sheikh Sultan bin Ahmed bin Sultan Al Qasimi, Deputy Ruler of Sharjah and Chairman of the Sharjah Media Council, praised the efforts of employees of the “Al Sharqiya Min Kalba” channel of the Sharjah Radio and Television Authority, during the distinguished special coverage of the tropical situation “Shaheen” by standing on all the preparations and readiness of government institutions in the emirate, and educating the public about all precautionary measures.
During his visit to the channel’s headquarters in the city of Kalba, His Highness, Deputy Ruler of Sharjah, stressed that most of the viewers behind the screens do not realize the extent of the effort made by the cadre, which enjoys the highest standards of professionalism and efficiency, which was evident during dealing with the effects of the tropical situation “Shaheen” in the eastern region. In general, transferred and followed up in a fully professional manner.
Muhammad Hassan Khalaf, Director General of the authority, expressed his thanks and appreciation to His Highness Sheikh Sultan bin Ahmed bin Sultan Al Qasimi for this generous gesture from His Highness by visiting the channel’s headquarters in Kalba city and meeting its employees, praising the efforts made by the employees, which proved their high efficiency in covering and transmitting events. mission in the emirate.
His Highness, the Chairman of the Sharjah Media Council, was briefed on the new program cycle of the channel, which has been launched since the 3rd of this month and offers 19 diverse programs, during which it addresses different segments of society and follows up on the broad development movement in the region.
The channel offers a number of diverse programs to meet the taste of its audience, approaching various cultural, youth, sports, social and heritage topics.
In line with the development movement in the eastern region, the channel’s new session presents a set of programs that are keen to follow the accelerated development steps in the region, including “Services” which highlights what various government departments offer, and “Mawared” and provides highlights on the resources that characterize the region. Al Sharqiya, and “Made in Sharqia” to highlight young innovators and inventors, and the “Sharqiya Agenda”, which monitors the various events and activities that the cities of the Eastern Province are witnessing throughout the week.
The “Al Sharqiya Min Kalba” also presents two live programs during the morning and evening periods, each lasting 50 minutes, and they deal with different social topics from several aspects, including health, social and economic ones.

These were the details of the news Sultan bin Ahmed praises the role of employees of the “Al... for this day. We hope that we have succeeded by giving you the full details and information. To follow all our news, you can subscribe to the alerts system or to one of our different systems to provide you with all that is new.