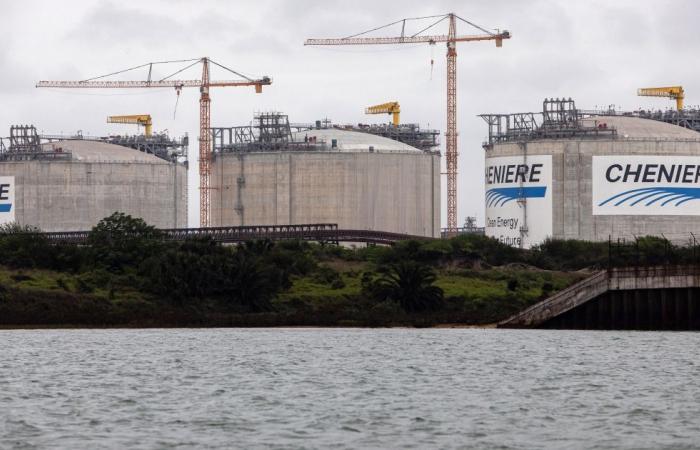 Suddenly, most of the world is worried about running out of natural gas, the effect of which is being seen by rising bills, factory closings and increasing despondency as winter approaches.

Across Asia, Europe and Latin America, consumers still reeling from the impact of the Corona epidemic are watching energy prices rise higher and higher, driven by natural gas prices, which have risen fourfold in some regions in recent months, reaching record levels last week. As makers of chemicals, steel, ceramics, and other energy-intensive commodities continue to see their bottom line drop, and in some cases put their businesses on hold.

In South Korea, electricity prices rose for the first time since 2013, and small businesses – which have struggled under months of strict rules imposed by the pandemic – fear higher prices in the future. “It’s really hard for small businesses to survive,” the Korea Small Business Federation said.

Europeans also feel powerless in the market. In Spain, the government recently said it will take profits from energy companies to help subscribers. In Italy, residents recently experienced a 14% increase in gas bills, accompanied by a nearly 30% jump in electricity prices.

“We will have to wash dishes or clothes at night in order to save money,” said Carla Foni, a teacher and mother of two in Bologna.

And in China, which is already the world’s largest importer of natural gas, demand is up 13% as the country’s leader Xi Jinping pushes ahead with his plans to clean up the environment by moving away from the use of coal.

As a major exporter of gas, the United States has been benefiting from robust global demand. More recently, prices, which have risen to their highest levels in years, have prompted calls to halt overseas shipments. However, the price increases in the US are only a fraction of those seen recently in Asia and Europe.

The global shortage is linked to the growing popularity of natural gas as a fuel for electric power generation, because it produces less greenhouse gas emissions than coal. In many countries, gas serves as a cleaner alternative to coal combustion plants as well as old nuclear generators, as power grids await expanded use of renewables such as solar and wind.

The increased reliance on natural gas means that there is less flexibility in the system, especially when gas storage capacity is reduced in times of increased use, such as in winter, in some countries such as Britain.

After a slight drop in demand during the pandemic over the past year, it has become difficult for the gas industry to deal with the estimated 4% increase in global gas consumption, as manufacturing and other activities recover.

Neil Beveridge, chief analyst at Hong Kong-based Bernstein, a market research firm, said the post-pandemic recovery was driven by “demand for goods rather than services”. This focus on making things has meant huge increases in the consumption of natural gas and electricity to power factories and other sectors.

Tankers carrying LNG from exporters such as the United States, Qatar and Australia were heading to China and Brazil, attracted by higher prices. This has cut off gas deliveries to Europe, where there are concerns that unusually low stock levels, caused by last spring’s cold snap, could lead to a crisis in winter when fuel demand rises in some countries. Disappointing levels of imports from Russia, which is increasing its shipments to China, with lower domestic production in Britain and the Netherlands, are also tightening the European market.

High gas prices, and low wind speeds reducing power generated by wind turbines, mean Europe has used more coal for power than gas for the first time since 2019, according to consultancy Rystad Energy.

Few industries have been hit as hard as fertilizer makers, which use natural gas to produce ammonia, a key ingredient used in soil amendments.

“We will have to wash dishes or clothes during the night in order to save money”
Carla Foni, an Italian teacher and mother of two children in Bologna.

Tony Will, CEO of CF Industries, one of the world’s largest fertilizer producers, described how the price of gas used in two of the company’s factories in Britain more than tripled, to the point that the company lost $300. US for every ton of ammonia produced.

The losses grew “too large and so negative” that the company could not survive under the circumstances, and Will shut down the plants, which made headlines across Britain.

Since then, Weil has agreed to a short-term solution: He reopened a factory, with the government covering the losses. The government is helping to pay the company’s bills, because the manufacture of ammonia produces a valuable by-product of carbon dioxide, a vital product of Britain’s processed meat sector as well as soft drinks.

Analysts say this pressure in the natural gas markets is driving up oil prices as well. Traders anticipate that with gas prices in some cases reaching a level comparable to selling oil at around $170 per barrel, there will be a significant incentive in some industries to burn oil (recently priced between $75 and $80 per barrel) rather than gas for electric power generation, which is What will increase the demand.

Analysts also say that the direction of gas prices will depend on the severity of the winter. A harsh winter may lead to an increase in prices, which may lead to more scarcity and closures in industries, as well as, most likely, an acceleration of response by law makers and legislation.

On the other hand, warm weather could cause prices to drop sharply, as futures markets show a dip to much lower levels next spring.

“We are putting our factories and homes in the hands of the weather,” says Marco Alvira, chief executive of Snam, a large Italian gas company.

But aside from the weather, analysts say the world may be heading toward a narrower gas and energy market than it has in recent years. The pandemic and other factors have prompted companies to postpone investment in new fossil fuel projects, including liquefied natural gas plants. Over the next three years, the markets will receive about a third of the additional LNG, according to Bernstein estimates, as happened in the past three years. In some countries, such as Britain, nuclear power plants are being discontinued but not replaced quickly.

These growing concerns about climate change expressed by those concerned or through court cases, such as a Dutch court’s decision in May ordering Royal Dutch Shell to cut greenhouse gas emissions, may make some Companies are reluctant to invest in new fossil fuel projects worth billions of dollars.

These were the details of the news Global concern about rising natural gas prices | leadership for this day. We hope that we have succeeded by giving you the full details and information. To follow all our news, you can subscribe to the alerts system or to one of our different systems to provide you with all that is new.