Report: The UAE leads the emerging global market for hydrogen 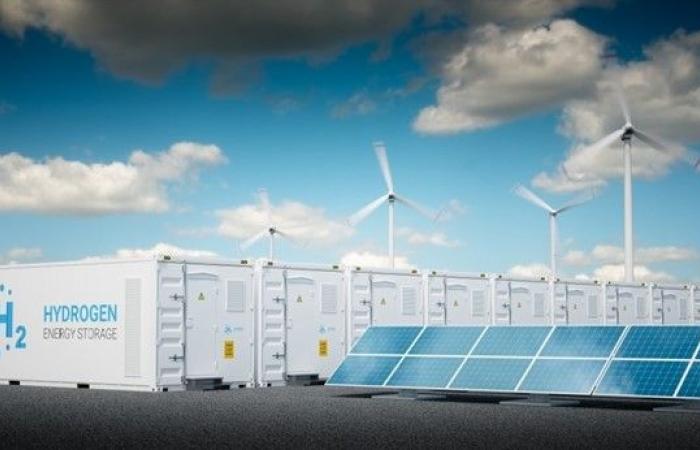 Abu Dhabi (WAM) An international report confirmed that the UAE has the foundations and competitive advantages that would enable it to become one of the world’s largest and least expensive producers of low-carbon hydrogen. The recently published report, entitled “The Role of the United Arab Emirates in the Global Hydrogen Economy”, clarified the importance of hydrogen as a future fuel and the strong start of the UAE to benefit from its current assets to take a leading role in this market.

The report, prepared by Dr. Julio Friedman, a senior researcher at the Center for Global Energy Policy at Columbia University SIPA, and Robin Mills, CEO of Qamar Energy and a non-resident fellow at the Arab Gulf States Institute in Washington, DC, predicted that hydrogen would play an important role in enabling international strategies aimed at To reduce carbon emissions, achieve sustainable development, and enable a global shift to low-carbon energy sources.

The report estimated that hydrogen will represent up to 18% of global energy demand by 2050, as more than 30 countries have issued their hydrogen plans, in addition to planning to implement more than 228 large-scale projects across the hydrogen value chain.

According to the Hydrogen Council, capitalizing on this emerging demand is an important opportunity for global energy players. Blue Ammonia The Abu Dhabi National Oil Company “ADNOC” confirms that there has been real progress in this area by announcing a number of initiatives related to hydrogen and tanker fuels.

The company also recently announced the sale of three shipments of blue ammonia to its customers in Japan and its plans to develop a new blue ammonia plant with a production capacity of one million tons per year, in Tazeez in Ruwais. The UAE is pursuing a balanced strategy that includes blue and green hydrogen, as the expansion of blue hydrogen production is easier and therefore an important element to support the growth of the emerging global market.

Blue hydrogen is currently considered less expensive and an important step towards developing a low carbon hydrogen economy, however the cost of producing green hydrogen is expected to decrease over time.

The report stated that the UAE is characterized by great natural potential in addition to its current infrastructure and high production capabilities for both types. Competitive blue hydrogen production in the UAE is enabled by abundant and competitive hydrocarbons, current large-scale hydrogen and ammonia production facilities and large scale carbon capture and storage capabilities. A wide range, which ADNOC already owns and is constantly developing.

ADNOC produces more than 300,000 tons per year of hydrogen in its refining facilities, which is mostly used for industrial purposes. The company plans to increase its hydrogen production to 500,000 tons per year, and has made progress in a number of new growth opportunities, especially in the field of ammonia. blue. This includes the establishment of a new world-class blue ammonia plant in the “Tazez” area in Ruwais, and the sale of the first trial shipments of blue ammonia to its customers in Japan.

The UAE’s efforts in the field of green hydrogen production depend on the huge availability of solar energy in the country and the low cost of electricity produced with solar energy. Masdar Initiatives The Abu Dhabi Future Energy Company (Masdar) has launched several green hydrogen initiatives, including the development of a green hydrogen pilot plant in Masdar City in partnership with Siemens Energy Marubeni, Etihad Airways, Lufthansa Group, Khalifa University of Science and Technology, and the Abu Dhabi Department of Energy. .

The report indicated that several factors contribute to facilitating the production of the two types of clean, low-carbon hydrogen, the most important of which are the availability of strong infrastructure and export facilities in the UAE, in addition to the country’s geographical location between the main markets, and a stable and business-friendly environment, as indicated by Dr. Friedman and Mills in the report. .

The report pointed out that hydrogen is an emerging sector that still has to face many significant challenges in terms of technology, economics and politics. To establish a sustainable hydrogen economy, an emerging market that provides guarantees to producers and consumers must be developed. Costs must be reduced as project sizes and associated financing requirements increase. This requires partnerships at the government level, between companies and research institutions, and with companies and end users. The UAE has a proven track record of public-private partnerships with many local and international entities across the energy, infrastructure and heavy industries sectors.

The formation of the Abu Dhabi Hydrogen Consortium between ADNOC, Mubadala Investment Company “Mubadala” and “ADQ Holding”, and the Ministry of Energy and Infrastructure was an important step that resulted in an integrated and harmonious system to build the hydrogen economy in the country.

And earlier this year, during a high-level ministerial session on hydrogen that was held virtually, His Excellency Dr. Sultan bin Ahmed Al Jaber, Minister of Industry and Advanced Technology and CEO of the Abu Dhabi National Oil Company “ADNOC” and its group of companies, expressed his optimism about ADNOC’s current infrastructure and capabilities in Carbon capture, use and storage is on a commercial scale, making it play a major role in the development of the blue hydrogen market.

His Excellency revealed that ADNOC is developing a roadmap to establish a hydrogen system to serve the UAE and the global market. “We are working hard with our partners, customers and other relevant parties to create the value chains needed to launch an emerging global market for hydrogen,” he said.

For his part, His Excellency Khaldoon Khalifa Al Mubarak, Managing Director and CEO of Mubadala Investment Company, emphasized Mubadala’s efforts to drive the transformation of the energy sector in the UAE. He said: “As a responsible investor, we are keen to actively participate in a new set of energy investments that will contribute to providing more efficient and low-emission energy solutions. Hydrogen offers great potential in this regard and with Masdar’s rich experience in renewable energy sources. We are in a privileged position to lead the green hydrogen value chain.” At the conclusion of the report, Dr. Friedman and Mills highlighted that hydrogen is rapidly becoming an essential part of all major energy producing and consuming companies, and they also emphasized that the UAE has made a strong start in establishing itself as a leading country in the emerging global market for hydrogen.

These were the details of the news Report: The UAE leads the emerging global market for hydrogen for this day. We hope that we have succeeded by giving you the full details and information. To follow all our news, you can subscribe to the alerts system or to one of our different systems to provide you with all that is new.