The telework revolution threatens to widen the gap between the rich... 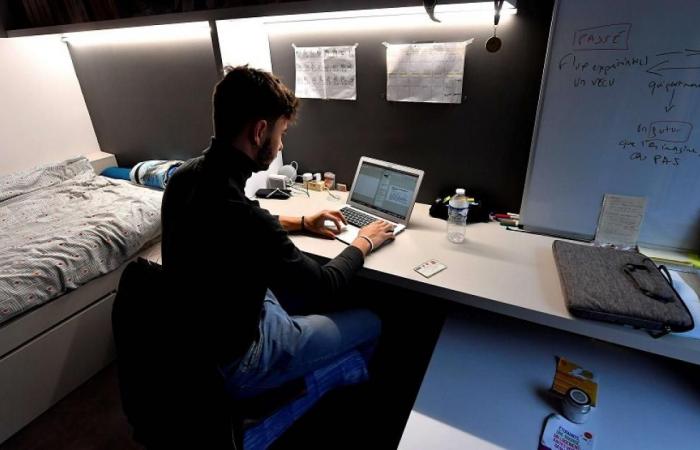 Regardless of the spread of the epidemic in the world, flexibility has become the desired goal at work, and competition is fierce among technology giants to implement this concept on the ground as much as possible.

And Rhiannon Payne, a specialist in remote working methods, who has published in this regard, believes that virtual reality will be fused into the work system, as was the case previously with a laptop computer or a cell phone.

With these new products, IT equipment companies are seeking to “develop ways to facilitate remote work and improve communication with colleagues,” according to Payne.

There is no doubt that laptops and cell phones have influenced our approach to the concept of work, but the new approach to work requires mastering modern tools and the adoption of a hybrid format.

Some employers have added familiarity with virtual presentation software or remote bid management as one of the conditions for affiliation with their company.

“It seems practical and harmless at first glance, but it can exacerbate inequality if we don’t pay attention to it,” said Monica Sanders, a lecturer at Georgetown University.

For many, “working from home remains a luxury they can’t afford,” says Michelle Burris, a researcher at the Century Foundation think tank.

Broadband Now, an organization working to expand Internet access, estimated the number of Americans without a high-speed network at 42 million, or 13 percent of the total population, according to a study published in May.

In some of the most disadvantaged areas, this percentage may be much higher and includes, for example, a quarter of the population in Louisiana and about 40% of them in Mississippi.

In addition to the Internet, the acquisition of information equipment is also an obstacle.

18 months ago, Patricia McGee moved from her work in an Amazon logistics center to a position where she handles customers from afar, in light of the spread of the Covid-19 epidemic.

The 39-year-old mother of four had to spend about two thousand dollars to purchase a personal computer, as well as payments for operating software and Internet connectivity.

“Not everyone can afford these costs,” she says. “Some are denied jobs because they don’t have the financial resources or skills” to use the information tools that have become popular during the pandemic.

A few days ago, Patricia’s computer malfunctioned and she was no longer entitled to take a vacation and now she has to wait for the machine to be fixed in order to earn a living.

These were the details of the news The telework revolution threatens to widen the gap between the rich... for this day. We hope that we have succeeded by giving you the full details and information. To follow all our news, you can subscribe to the alerts system or to one of our different systems to provide you with all that is new.