Inflation data is not enough .. “Wall Street” is looking for... 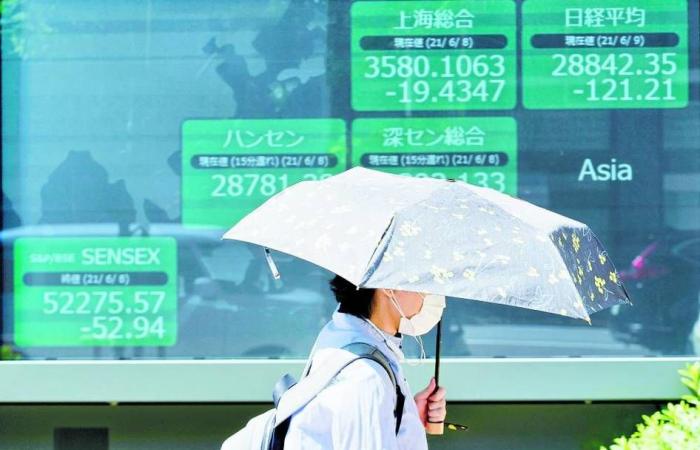 US stock indices quickly gave up their gains, retreating despite the better-than-concern inflation reading.

Bank of America led financial stocks lower. General Electric took industrial stocks in the red. Investors crowded into some of their favorite tech strongholds with Microsoft and Amazon.

August CPI came in lower than feared, while still showing a big jump in inflation. The August CPI jumped 0.3% on the month, or 5.3% from a year earlier, and annual gains expected 5.4% by economists polled by Dow Jones.

European shares fell in early trading, on Tuesday, before the release of US inflation data, while weakness in luxury goods and mining stocks overshadowed optimism in the region about an economic recovery.

The pan-European Stoxx 600 index fell 0.2 percent after a partial recovery, on Monday, from last week’s losses.

Luxury goods stocks, including LVMH, Kering and Richemont, fell between 1.6 and 2 percent, tracking their Asian peers on concerns about the spread of Covid-19 infections in China.

Shares of Pandora Jewelery rose 3.7 percent after it announced that it aims to increase sales between 6 and 8 percent in the coming years.

Japan’s Nikkei index closed at a more than 31-year high on Tuesday, led by cyclical stocks that tracked Wall Street’s gains, while progress in a domestic vaccination campaign boosted hopes of reopening the economy.

The Standard & Poor’s 500 index rose overnight, ending a five-day losing streak. The gains of 33 sub-indices on the Tokyo Stock Exchange led the insurance sector, which rose 3.67 percent, followed by the shipping sector, which gained 2.14 percent.

Refineries gained 2.05 percent, while oil rose to a six-week high.

The shares of the technology giants, SoftBank Group and Advantest, lost 0.49 percent and 0.18 percent, respectively, after the Nasdaq index fell, on Tuesday.

These were the details of the news Inflation data is not enough .. “Wall Street” is looking for... for this day. We hope that we have succeeded by giving you the full details and information. To follow all our news, you can subscribe to the alerts system or to one of our different systems to provide you with all that is new.