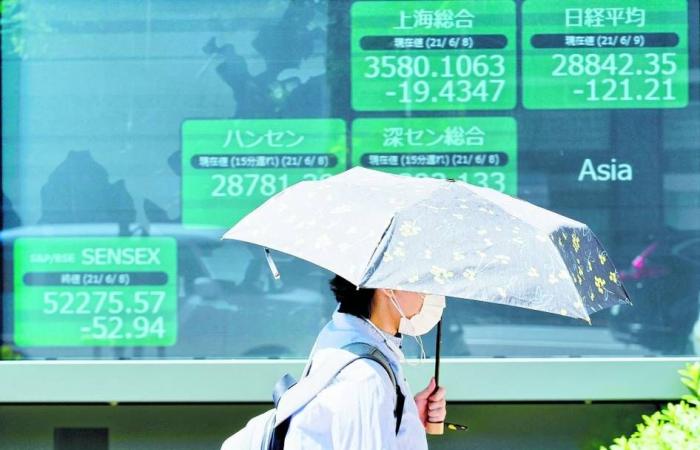 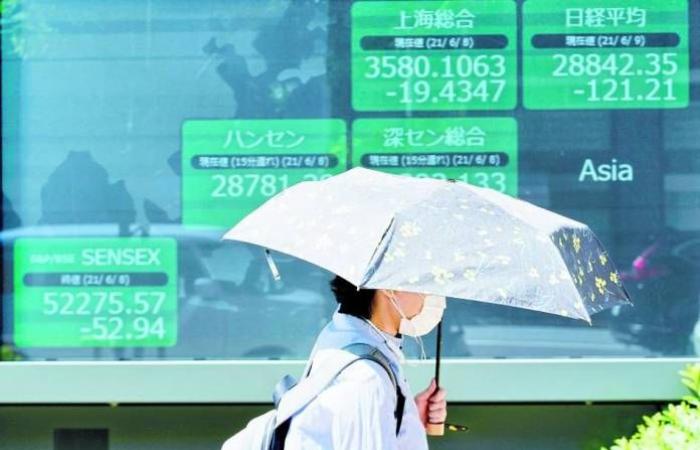 Japan’s Nikkei index closed at a more than 31-year high (Tuesday), led by cyclical stocks that tracked Wall Street’s gains, while progress in a domestic vaccination campaign boosted hopes of reopening the economy.
The Nikkei index rose 0.73 percent to close at 30,670.10 points, the highest level since August 1990. The broader Topix index jumped 1.01 percent to 2118.87 points.
The Standard & Poor’s 500 index rose overnight, ending a five-day losing streak.
The gains of 33 sub-indices on the Tokyo Stock Exchange led the insurance sector, which rose 3.67 percent, followed by the shipping sector, which gained 2.14 percent.
Refineries gained 2.05 percent, while oil rose to a six-week high.
The shares of the two technology giants, SoftBank Group and Advantest, lost 0.49 percent and 0.18 percent, respectively, after the Nasdaq index fell yesterday.
Shares of Tokyo Marine Holdings rose 6.2 percent and was the best performer on the Nikkei index, followed by Showa Denko, which jumped 6.19 percent, and Z Holdings shares rose 5.24 percent.
Konami Holdings fell 2.79 percent, and the worst performer was the Nikkei, followed by Pacific Metals, which lost 2.72 percent, and Tokyo Electric Power Company Holdings, which fell 2.27 percent.
(Reuters)

These were the details of the news Nikkei closes at 31-year high on hopes of reopening economy for this day. We hope that we have succeeded by giving you the full details and information. To follow all our news, you can subscribe to the alerts system or to one of our different systems to provide you with all that is new.