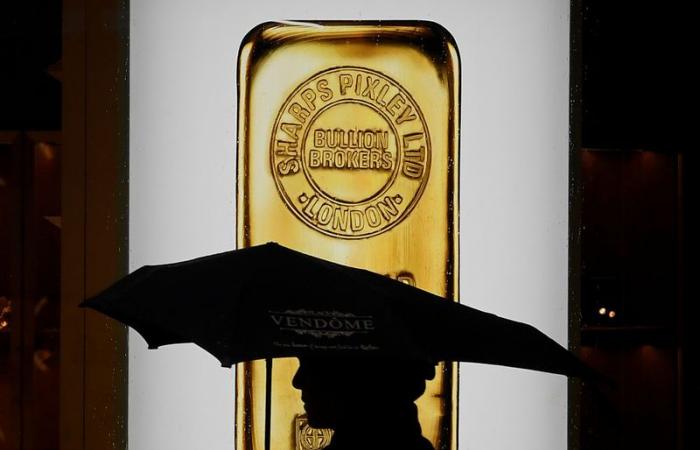 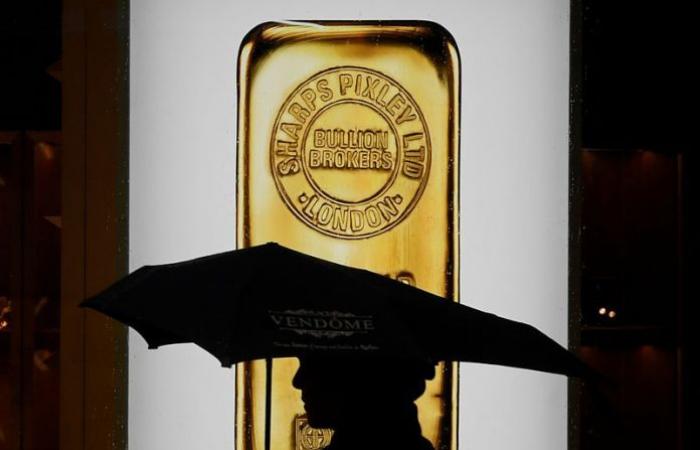 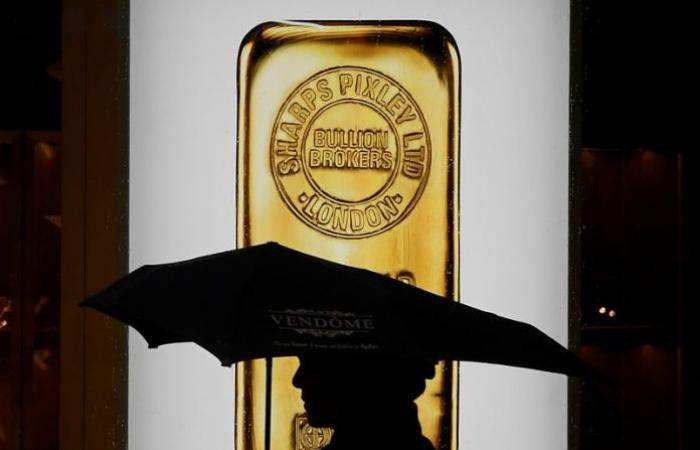 © Reuters. What are the reasons for the strong decline in gold prices below the $1800 level?

Arabictrader.com – It fell strongly in the course of trading today, Tuesday, and fell below the level of $ 1810 an ounce again due to its damage from the strong demand for the US dollar, which benefited from the rise in US bond yields at various terms, in addition to the weak risk appetite in the markets, which boosted the demand for the dollar as a currency Safe haven.

The American, which measures the performance of the US currency against about 6 currencies during today’s trading, but it is stabilizing below levels of 93.00 points, and scored about 92.47 points. risk appetite in the markets.

Gold prices fell below the level of 1810 dollars again due to being affected by the strength of the US dollar in the currency market, which benefited strongly from the increased demand for it as a safe haven through trading in light of the weak appetite for risk in the markets, especially after the warnings of the World Health Organization about the conditions of the Corona epidemic globally. The emergency programs of the World Health Organization, Mike Ryan, during press statements today, Tuesday, expressed his concern about the epidemiological conditions of the Corona virus globally at the present time, adding that the world is returning to a state in which it does not want to be.

At the same time, gold prices fell, coinciding with the US dollar also benefiting from the rise in the yield on US bonds of various periods, as returns rose during trading this morning and continued to ignore the disappointing jobs report last week, and the market opened again after the Labor Day holiday on Monday, and rose The yield on the standard 10-year treasury bond increased by 3 basis points to 1.353%, and the yield on the 30-year treasury bond added nearly 3 basis points, rising to 1.97%, which had a positive impact on the US dollar trading in the currency market.

It is noteworthy that gold prices had fallen strongly at the beginning of last August, due to the positive recent US employment data, which came better than the market expectations last July, which increased the chances of the US Federal Reserve to gradually end monetary easing, and this strongly contributed to the decline in gold prices towards the level of 1685 dollars. However, this did not last and gold prices started to recover, supported by profit taking operations on the US dollar.

These were the details of the news What are the reasons for the strong decline in gold prices... for this day. We hope that we have succeeded by giving you the full details and information. To follow all our news, you can subscribe to the alerts system or to one of our different systems to provide you with all that is new.