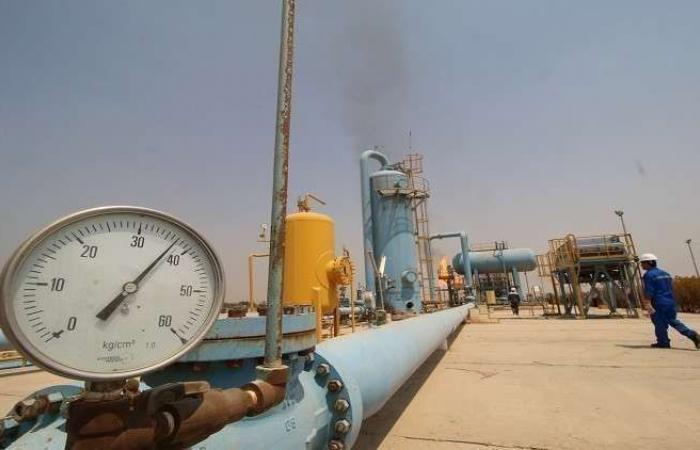 An official source at the Ministry of Petroleum and Mineral Resources said that the meeting to be held today in the Jordanian capital between the ministers of petroleum and mineral resources in “Egypt, Jordan, Syria and Lebanon” will discuss the possibility of exporting Egyptian gas to Lebanon through Syrian territory, in addition to increasing the quantities of Egyptian gas supplied. to Jordan.

According to the source, who asked not to be named, the discussions are still at the beginning, as the meeting will discuss the size of the Lebanese market’s needs of Egyptian gas, in addition to the quantities that Jordan wants to increase during the coming period, to raise its capacity to generate electric power.

Syria expressed its willingness to meet a Lebanese request to “pass” gas and electricity from Egypt and Jordan to Lebanon through its territory, as part of an American plan that may exclude Lebanon from sanctions against Syria. This came in the first visit of an official Lebanese delegation to Syria in a decade, which was conducted early this week. .

And last month, the Lebanese presidency announced that the US Ambassador, Dorothy Shea, informed the President of the Republic, Michel Aoun, by phone, of her country’s decision to help Lebanon provide electric power from Jordan through Syria through Egyptian gas.

The US ambassador stated that “the transfer of Egyptian gas through Jordan and Syria to northern Lebanon will be facilitated,” noting that negotiations are underway with the World Bank to secure financing for the price of Egyptian gas, repair and strengthening of electricity transmission lines, and the required maintenance of gas pipelines.

The Egyptian gas will be transported to Lebanon through the Arab Gas Pipeline project, which was agreed upon in 2000, and is supposed to transport Egyptian gas to the Arab Mashreq countries, and from there to Europe, with a length of 1200 km, where 2003 witnessed the inauguration of the first section. From the line, which connects the Egyptian city of Al-Arish with the Jordanian Aqaba, while in 2008 the completion of the line’s path inside the Syrian territories to Tripoli in Lebanon.
The source said that with the four ministers reaching an agreement to supply Lebanon with Egyptian gas, the process of rehabilitating the Arab Gas Pipeline will be agreed upon, which will transport Egyptian gas through Jordan to Syria, and from there to Lebanon, expecting to complete the rehabilitation process and start exporting within the next year.

In 2019, the Minister of Petroleum and Mineral Resources, Tarek El-Molla, and Hala Zawati, the Jordanian Minister of Energy and Mineral Resources, signed agreements to supply the Kingdom with about 50% of the needs of the Jordanian electrical system from Egyptian natural gas, as the agreement stipulates the quantities of gas that Egypt exports to Jordan during 2019. Which is equivalent to half of the needs of the electrical system in the Kingdom, instead of 10% during 2018.

The Kingdom’s needs of natural gas were estimated at 330 million cubic feet per day, which is used to generate electric power.

In 2018, the Egyptian and Jordanian Ministers of Energy signed agreements according to which Egypt returned an experimental pump of natural gas to the Kingdom through the Arab Gas Pipeline, which is equivalent to 10% of the Kingdom’s needs for electricity generation.
Under the agreements, Egyptian natural gas was pumped back to the Kingdom in September 2018, in experimental quantities, after a complete cessation since 2011.

These were the details of the news Petroleum source: Jordan summit discusses the possibility of exporting Egyptian gas... for this day. We hope that we have succeeded by giving you the full details and information. To follow all our news, you can subscribe to the alerts system or to one of our different systems to provide you with all that is new.