Huawei officially announces the new MateBook B series of computers 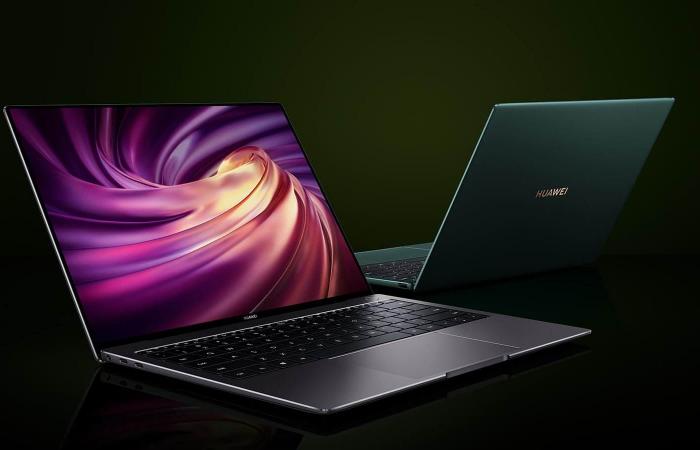 The Chinese technology giant “Huawei” today, Wednesday, launched the latest lineup of the MateBook B series of laptops in China.

Aimed at businessmen, the new laptops include the MateBook B3, MateBook B5 and MateBook B7 models with hardware support for security feature (TPM 2.0).

Talking about the MateBook B7, the laptop has a 13.9-inch screen with a 3:2 aspect ratio and 91% screen-to-body ratio, and the screen has 3K resolution and 100% sRGB color gamut.
The laptop is powered by an 11th generation Intel Core processor (i7-1165G7) and also arrives with an improved touch panel and heat dissipation design.

The notebook features a 14-inch 2K display and is powered by an 11th generation Intel Core i7-1165G7 processor, paired with 16GB of RAM and 512GB of SSD storage.

Notably, the portable MateBook B5 also comes with a TPM 2.0 chip pre-installed for security.

Finally, Huawei launched the MateBook B3 with a 15.6-inch HD IPS screen, 1080p resolution, and anti-glare.

This laptop features a slim and lightweight design, weighing just 1.38kg and will be powered by an 11th generation Intel Core i7-1165G7 processor and TPM 2.0 security chip unit as well.

Meanwhile, the Chinese giant also introduced the MateStation B515 desktop device, which is equipped with a 7nm AMD Ryzen octa-core processor, which arrives with Huawei’s K150 wired keyboard.

It is worth noting that a new report revealed, yesterday, Huawei’s return to the desktop computer market with two new devices that will be launched next month; The Chinese giant appears to be taking a more serious approach to its desktop business.

According to the latest reports, published on Twitter, the company will launch an “All-in-One” desktop computer and desktop printer next month. The tweet also included an image of another device, which looks exactly like the MateView screen.

This isn’t the first time we’ve heard about an All-in-One computer from Huawei. In December of the year 2020, Huawei obtained a patent for a desktop computer, and now it’s ready to be announced after 9 months.

These were the details of the news Huawei officially announces the new MateBook B series of computers for this day. We hope that we have succeeded by giving you the full details and information. To follow all our news, you can subscribe to the alerts system or to one of our different systems to provide you with all that is new.