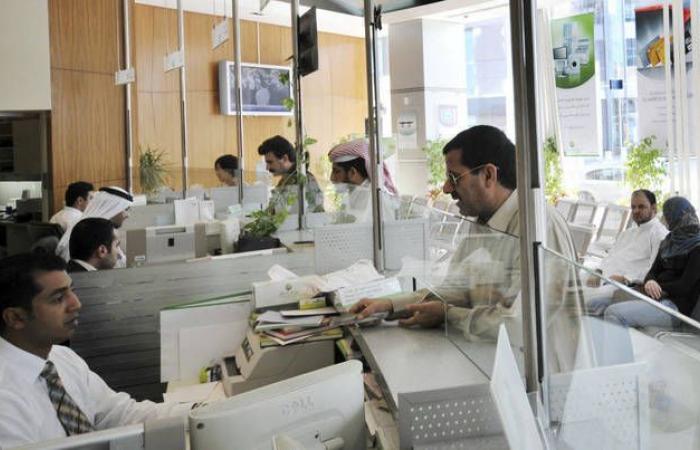 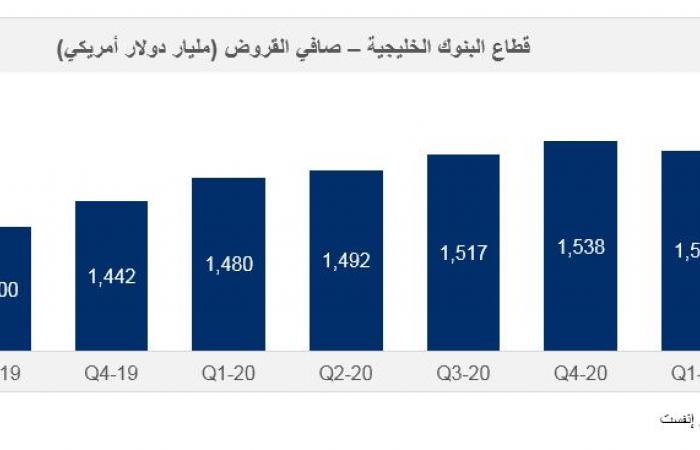 Mubasher: The listed banks in the Gulf Cooperation Council countries achieved strong growth in lending activities during the second quarter of 2021, which led to an increase in loan records by the end of this quarter.

The total value of loans at the end of the quarter amounted to $1.68 trillion, a growth of 4.6% on a quarterly basis and 7.1% on an annual basis, after all markets witnessed broad-based growth.

According to a report by KAMCO Investment Company today, Wednesday, the net loan value witnessed a similar growth of 4.8% on a quarterly basis to reach $1.6 trillion, supported once again by the growth witnessed in all markets.

The acceleration of economic activity was evident, as was reflected in the performance of the PMI for both the UAE and Saudi Arabia, with the increase in the reading of the two indicators during the months of May and June 2021, much higher than the 50-point mark of growth.

This report includes an analysis of the financial statements announced by 60 banks listed on the stock exchanges of the Gulf Cooperation Council countries for the period of the second quarter of the year 2021.

Data related to credit facilities by sector in the GCC countries revealed mixed trends. Contrary to the previous quarter’s performance, during which the UAE recorded a weak performance, the data for the second quarter of 2021 was generally positive across the region.

The trends in Saudi Arabia and Qatar continued to maintain their strength, and remained somewhat positive in the UAE. The total credit facilities disbursed by Saudi banks amounted to 1.95 trillion Saudi riyals at the end of June 2021, a growth of 4% on a quarterly basis and 16.8% on an annual basis.

The loans provided to the governmental and semi-governmental sectors again showed a stronger performance, recording a growth of 23.2%, followed by the growth of the agriculture and fishing sector by 13.4%.

On the other hand, credit to the manufacturing, processing, transportation, communications and services sectors witnessed a decline on a quarterly basis.

The diversified services sector, which mainly includes consumer loans and mortgages, remained the largest lender (50% or SAR 975.6 billion) and witnessed one of the strongest growth rates on a quarterly basis in the second quarter of 2021 with a growth of 6% after It recorded a slightly higher growth of 7.2% and 6.5% in the first quarter of 2021 and the fourth quarter of 2020, respectively.

In Qatar, the growth of total lending on a quarterly basis reached 2.5% in the second quarter of 2021, compared to 4.1% in the first quarter of the same year. However, lending to all local sectors witnessed a growth during this quarter, with total domestic loans increasing by 4.1%, which is the matter This was partially offset by a 17.7% drop in credit outside Qatar.

The total credit provided by UAE banks witnessed a marginal growth of 0.9% after declining by 1.4% during the previous two quarters. The total value of credit reached 1.77 trillion dirhams at the end of the second quarter of 2021, according to preliminary data, which is slightly higher than the total credit provided in the pre-pandemic period of 1.76 trillion dirhams at the end of 2019.

Provisions for loan losses witnessed different trends in the second quarter of 2021, but their total value at the level of Gulf banks increased by 12.3% on a quarterly basis to $4.1 billion, compared to $3.6 billion in the first quarter of this year.

Saudi Arabia came at the fore, as the value of provisions for loan losses doubled to reach about $1.2 billion in the second quarter of 2021, compared to $0.6 billion in the previous quarter; This is due to the increase in provisions announced by the National Bank of Saudi Arabia after its merger with Samba Financial Group.

Qatar and Bahrain also recorded a marginal increase in provisions in absolute terms during this quarter, while provisions withheld by UAE, Kuwaiti and Omani banks declined on a quarterly basis in the second quarter of 2021.

These were the details of the news $1.68 trillion total loans granted in the Gulf countries for this day. We hope that we have succeeded by giving you the full details and information. To follow all our news, you can subscribe to the alerts system or to one of our different systems to provide you with all that is new.