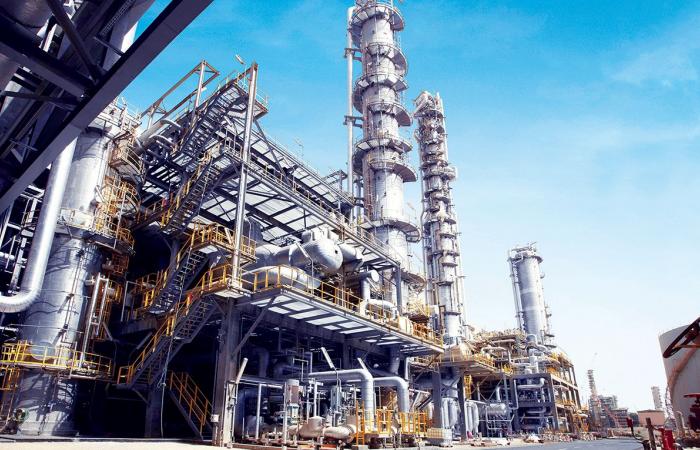 Jeddah - Yasmine El Tohamy - RIYADH: Saudi petrochemical producers listed on the Tadawul stock exchange reported net profits of SR8.5 billion ($2.27 billion) in the first quarter (Q1) of this year, a 368.1 percent rebound from the SR3.2 billion losses over the same period in 2020, according to data from financial information website Argaam.

The huge turnaround was due to increased prices and a surge in sales.

Saudi petrochemicals giant SABIC, which accounts for 57 percent of total earnings in the sector, last month reported that its Q1 profits had more than doubled to SR4.86 billion compared to the previous quarter.

The Riyadh-headquartered company rebounded from a loss of SR1.05 billion in the same quarter last year and, similar to the wider sector, the upsurge resulted from a hike in average sales prices of 22 percent against Q4 of 2020.

Nine petrochemical companies, including SABIC, were back in the black after reporting losses last year. The second-biggest performer was Petro Rabigh, which registered profits of SR649 million, compared to a loss of SR1.8 billion in Q1 2020.

The company with the biggest percentage turnaround was the Sahara International Petrochemical Co. (Sipchem), which reported net profits after Zakat and tax of SR411.5 million, compared to a net loss of SR52.8 million in Q1 2020, a difference of 878.99 percent year-on-year.

The National Industrialization Co. (Tasnee) logged a net profit after Zakat and tax of SR327.5 million for Q1 of this year, a 732.83 percent difference compared to a net loss of SR51.8 million in Q1 2020.

A recent report by Euler Hermes, the world’s largest trade credit insurance provider, said the rebound would continue throughout this year. It noted that the Saudi petrochemical sector had declined by around 6 percent last year due to a drop in demand caused by the coronavirus disease (COVID-19) pandemic, and a subsequent decline in prices. It added that the recent surge in demand was mainly from the food packaging and hygiene sectors.

Jean Claus, CEO of Euler Hermes for GCC countries, said: “While the Saudi petrochemical sector will bank on the global recovery, this industry also benefits from an increase in consolidation in the shape of domestic mergers and acquisitions, governmental support to increase the share of non-oil exports to 50 percent from 32.7 percent (as of October 2020) in line with Saudi Vision 2030, along with high access to external borrowing, which is an important aspect for one of the most capital-intensive sectors.”

In June, Aramco, the world’s biggest oil company, completed its share acquisition of a 70 percent stake in SABIC. The Saudi Industrial Investment Group and the National Petrochemical Co. had begun talks in September regarding a potential merger.

“Among the end users of the petrochemical product portfolio, we expect the construction industry to recover by the end of the first half (H1) of this year, while automotive and household equipment will lag behind and recover at the end of H2 2021. Airlines, as an important client of the industry, will see only pre-crisis levels by the end of 2023,” Claus added.

These were the details of the news Saudi petrochem firms see 368% rebound in Q1 profits for this day. We hope that we have succeeded by giving you the full details and information. To follow all our news, you can subscribe to the alerts system or to one of our different systems to provide you with all that is new.