ADNOC said to be close to hiring JPMorgan, FAB for drilling unit IPO 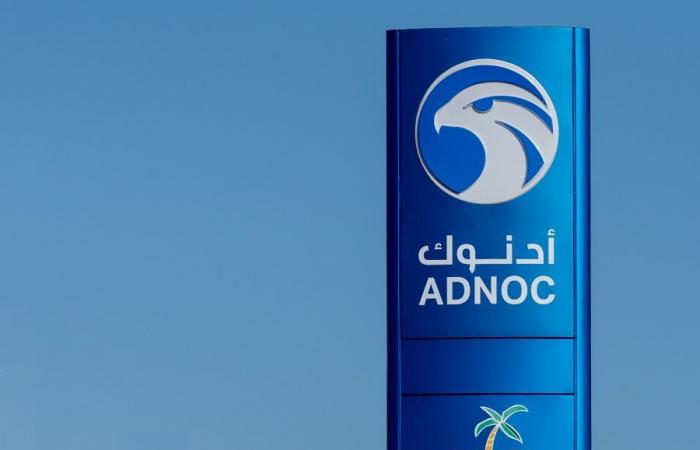 Thank you for reading the news about ADNOC said to be close to hiring JPMorgan, FAB for drilling unit IPO and now with the details

Jeddah - Yasmine El Tohamy - RIYADH: The International Monetary Fund’s (IMF) projection that the Saudi Arabian economy will rise by almost 5 percent next year, as a result of the Kingdom’s decisive handling of the coronavirus pandemic, has been welcomed by economic experts.

“The authorities responded quickly and decisively to the COVID-19 crisis. Reforms under Vision 2030 have played a key role in helping the economy navigate the pandemic,” the fund said.

The IMF estimated that the Saudi gross domestic product (GDP) will grow by 2.1 percent in 2021 and by 4.8 percent in 2022, adding that “the economic recovery is ongoing, the unemployment rate has fallen, and consumer price inflation is easing.”

Fadhel Al-Buainain, a member of the Shoura Council, said the IMF statement reflected the success the Kingdom has achieved through the Vision 2030 economic reforms and reiterated the Saudi government’s success in managing the coronavirus crisis in terms of health and economic growth.

Al-Buainain, who is also a member of the board of directors of the Saudi Financial Association, described the accomplishment as commendable, especially in light of the fact that the global economic repercussions were enormous. Government support during the crisis, such as maintaining the liquidity of the banking sector, helped to provide low-cost financing for the private sector, he said.

“Vision 2030 has increased women’s employment rates, thanks to the government laws supporting women and encouraging their participation and engagement in the labor market. The government support for the business sector protected jobs as well,” he said.

Vision 2030 has increased women’s employment rates, thanks to the government laws supporting women and encouraging their participation and engagement in the labor market.

“The expectations showed that the non-oil sector will grow to 3.9 percent in 2021 and 3.6 percent the next year. This proves the efficiency and effectiveness of the economic reforms. The economic reforms will continue to bring positive and good results, as noted by the IMF statement, which is a neutral testimony that the reforms are effective and instrumental for achieving economic and financial sustainability,” he said.

Growth in the crucial non-oil sector is expected to return to positive territory of 3.9 percent this year and 3.6 percent next year, the IMF said. At the same time, GDP in the oil sector is also expected to be even more prominent next year, growing by 6.8 percent, as the production cuts of the OPEC+ producers’ alliance end and with many experts predicting a surge in crude prices.

Regarding Saudi women’s participation in the labor market, the statement commended the wide steps taken by the Saudi government, as estimates showed that the participation rate of Saudi women in the total workforce has increased by 13 percentage points to exceed 33 percent during the past two years.

Mohammed Al-Jadaan, minister of finance, said that the statement reaffirmed the success of the Kingdom’s government in achieving positive results and tangible successes during a challenging year for the whole world.

“Such results have been achieved despite the impact of the COVID-19 pandemic, fluctuations in oil prices, sharp economic fluctuations, declining in global demand, receding growth and other challenges that the Saudi government has risen to,” he said.

These were the details of the news ADNOC said to be close to hiring JPMorgan, FAB for drilling unit IPO for this day. We hope that we have succeeded by giving you the full details and information. To follow all our news, you can subscribe to the alerts system or to one of our different systems to provide you with all that is new.