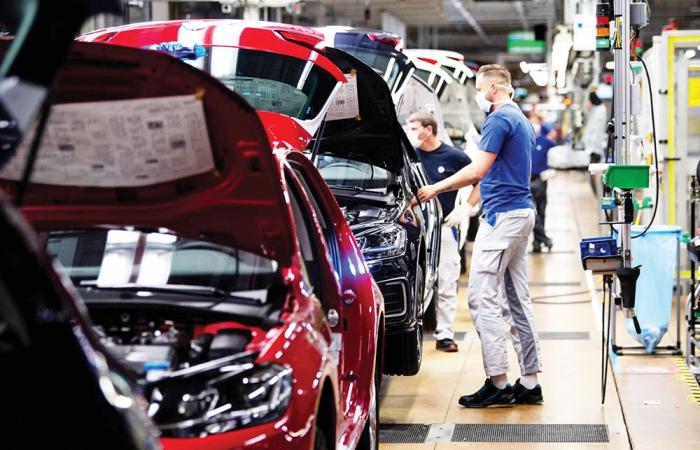 Jeddah - Yasmine El Tohamy - BRUSSELS: The EU aims to cut its dependency on Chinese and other foreign suppliers in six strategic areas including raw materials, pharmaceutical ingredients and semiconductors, under an industrial action plan to be announced next week.

A draft seen by Reuters outlined the urgency of the task ahead, citing Europe’s reliance on China for about half of 137 products used in sensitive ecosystems, mainly raw materials and pharmaceuticals and other products key to the bloc’s green and digital goals.

The updated industrial strategy plan, devised after the coronavirus disease (COVID-19) pandemic led to bottlenecks in supply chains, will be presented by Margrethe Vestager, EU digital chief, and EU industry chief Thierry Breton on May 5.

The European Commission will conduct an in-depth review of the six areas, which also include batteries, hydrogen and cloud and edge technologies, before deciding on the appropriate measures, the draft document said.

Such measures could include “diversifying supply and demand relying on different trading partners whenever possible, but also stockpiling and acting autonomously whenever necessary,” the 19-page document said.

Another strategy set out in the paper to reduce import dependency could see EU countries pool resources for Important Projects of Common European Interest (IPCEIs) in next-generation cloud, hydrogen, low-carbon industry, pharmaceuticals and a second IPCEI on cutting-edge semiconductors.

An IPCEI allows EU governments to pump in funding under easier state aid rules and for companies to work together on the entire range of the project, from design to production and downstream applications.

Europe also needs to take the lead in setting standards for batteries, hydrogen, offshore wind, safe chemicals, cybersecurity and space data to ensure the competitiveness and resilience of EU industries, the paper said.

Europe’s second-highest court will rule on May 12 on Amazon.com Inc.’s appeal of an EU order to pay about €250 million ($300.5 million) in back taxes to Luxembourg.

The European Commission in its 2017 decision said the Grand Duchy spared the US online retailer from paying taxes on almost three-quarters of its profits from EU operations by allowing it to channel profits to a holding company tax-free.

Luxembourg also appealed to the Luxembourg-based General Court, contending its treatment of Amazon was legal because it did not give the company a selective advantage.

The General Court will also rule on May 12 on French utility Engie’s challenge to the European Commission’s 2018 order to pay back taxes of €120 million to Luxembourg.

These were the details of the news EU aims to cut reliance on foreign suppliers for this day. We hope that we have succeeded by giving you the full details and information. To follow all our news, you can subscribe to the alerts system or to one of our different systems to provide you with all that is new.