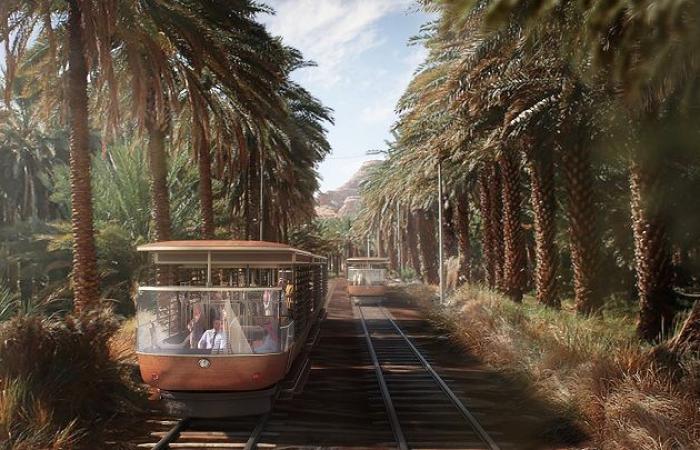 Thank you for reading the news about Saudi Arabia to invest $5.2bn developing first phase of AlUla heritage site: CEO and now with the details

He also revealed that the Kingdom is in discussions to sell 1 percent of state oil firm Saudi Aramco to a leading global energy company. Aramco previously sold a sliver of its shares on the Saudi bourse in December 2019, generating $29.4 billion in the world's biggest initial public offering.

Appearing as a guest on the Liwan Al-Mudaifer Show late on Tuesday, presented by Saudi host Abdullah Al-Mudaifer and broadcast on Rotana Khalijiya TV and state media, the crown prince tallied the achievements of Vision 2030 to date and outlined what would come next.

It was on April 25, 2016, that Prince Mohammed bin Salman, then Saudi Arabia’s deputy crown prince, unveiled a strategic plan designed to transform the Kingdom’s economy, reduce its dependence on oil, and nurture a “vibrant society ... characterized by strong roots and strong foundations that emphasize moderate Islam, national pride, Saudi heritage, and Islamic culture.”

On the same day, in an interview with Al Arabiya news channel, he talked about the Saudi government having targets, key performance indicators and project management offices.

Exactly five years on, Crown Prince Mohammed bin Salman appeared on the Liwan Al Mudaifer Show to say: “We had a housing problem for 20 years that we could not resolve. A citizen would be waiting to receive a loan or a housing subsidy for like15 years.

“The level of housing did not increase beyond 40 and 50 percent. Before Vision 2030 it was 47 percent. And during the reign of (the late) King Abdullah, about SR11 billion was allocated in 2011. From these SR20 to SR50 billion, only SR2 billion was disbursed but not used. The Ministry of Housing could not transfer them to existing projects because the condition of the states was quite weak.

“The ministries were scattered. There wasn’t a public policy, so the Ministry of Housing could not succeed without having a general policy for the state in coordination with the municipalities, the Central Bank and the Ministry of Finance for enacting legislation, private sector, etc.

“So, this SR 250 billion was returned to the treasury and an annual budget was disbursed. But the outcome was that the percentage of housing increased from 47 to 60 percent within four years alone, and this is quite an indicator of where we are heading.”

Moving on to the issue of jobs, the crown prince pointed out that unemployment in Saudi Arabia at the beginning of Vision 2030 was about 14 percent. “In the first quarter of 2020 we reached 11 percent. Because of the pandemic unemployment increased. We were the sixth best country in the G20 in terms of performance and unemployment, but in the last part of the fourth quarter of 2021 we were back to 12 percent. We shall break the 11 percent (barrier) and reach 10 percent and a fraction until we reach a better rate,” he said.

“In the non-oil (sector), we raised revenues from SR66 billion to SR350 billion. The commercial register used to take days to produce a commercial registration, going through six entries. Now (it happens) in a period of half an hour. Foreign investment tripled. The Saudi market was stuck between 4,000 points to 7,000 points. Now we have exceeded the 10,000 (mark), which means that the private sector has started to grow.”

The crown prince explained that these were huge numbers in comparison with past figures. “It would take a lot of time to explain this. Economic growth in the non-oil sector was within an average that was not quite as we were aspiring to. In the fourth quarter in 2019, when the non-oil economy grew about 4.5 percent, and then, if it weren’t for the pandemic in 2020, would have exceeded 5 percent in the non-oil sector. We shall recover these levels hopefully this year and the coming years, and even more in the future.”

Referring to the decision on July 1 last year to triple value-added tax to 15 percent was temporary, Crown Prince Mohammed bin Salman said: “This step was painful for me personally as I do not want to harm the Saudi citizen in any way shape or form. But my main job is to guarantee and build the citizens’ future in the long term, for the next 20-30 years.”

He added: “One of the measures to avoid cancelling allowances or reducing salaries was to increase VAT to 15 percent. Of course, it’s a painful measure. The last thing I want to do is to hurt any Saudi citizens. I have no interest in hurting anyone. But what I want is for our homeland to grow and our citizens to be happy and to prosper. It’s my duty to build for them a long-term future that will continue to grow — not just to satisfy them for three or four years, then exhaust all the saving opportunities of the country towards a better future.

“So, there were a number of decisions including the VAT. It’s a temporary decision. It will continue for a year, maximum five years, and then things will go back to what they were. We are targeting it to be between 5 to 10 percent, only till we reinstate our balance after the pandemic. Depending on the economic situation or what may transpire, but maximum five, minimum one year.”

Last month, Crown Prince Mohammed bin Salman announced that the Kingdom would spend more in the next 10 years than it had done in the past 300 years as he unveiled a new program to strengthen public-private sector partnerships. At the announcement of the program, named Shareek, he said Saudi Aramco would lead investments in the private sector to the tune of 5 trillion riyals ($1.3 trillion) by 2030.

On Tuesday, he confirmed that “there is a discussion on the acquisition of 1 percent (of Aramco) by one of the world's leading energy companies, and this will be a very important deal to boost Aramco's sales in that country,” but he did not name the company or the country. He said further Aramco stake sale to international investors could happen in the next one year or two.

Talking about the sovereign wealth fund, the Public Investment Fund (PIF), Crown Prince Mohammed bin Salman said: “Our goal is to ensure that the fund achieves growth. We aim to increase the fund’s assets to SR10 trillion in 2030.”

Under the Vision 2030 strategic plan, Saudi Arabia has launched several multi-billion-dollar projects that aim to put it on the map as a major actor in the world of innovation, tech and youth-driven initiatives. The Kingdom’s non-oil revenues have increased by over 200 per cent since the start of the Vision 2030 plan. “If we look back, oil has helped develop our country for centuries, so we’ve always had that impression to depend on oil. But the increase in population will not be able to depend on oil production at the rate we are going,” Crown Prince Mohammed bin Salman said.

He said Saudi Arabia’s oil revenues were becoming insufficient to cover the needs of the growing population, a fact that was the driving force behind the announcement of the Vision 2030 reform plan to diversify the economy. “We went from a population of 2 to 3 million, to nearly 20 million Saudis since the discovery of oil. So, oil revenues now barely cover the needs and the way of life that we have grown accustomed to since the 1960s, ‘70s, ‘80s and ‘90s. So, had we continued on the same old path, there is no doubt that with the population growth, it would have affected us in the next 20 or 10 years in the quality of life that we have grown used to for the past 50 years,” he said.

The crown prince said the second need for the reform plan was the numerous opportunities in the Kingdom of Saudi Arabia in different sectors other than just the oil sector.

“In mining in tourism, in services, in logistics, in investment, etc. (Because of the) huge opportunities, even if we didn’t have any problem in terms of oil, there would still be enthusiasm and a big drive towards achieving these enablers that we aspire to benefit from as Saudis for our beloved country,” he said.

“So, I believe that was the main emphasis for the Vision 2030, in order to eliminate the challenges that we face and to exploit the untapped opportunities that may constitute 90 percent of our situation today, and we can continue to grow and prosper and compete at the world level.”

He added: “Oil is still the main source of income for the state. My intention is to make sure that the country is secure, safe and has a better future to look forward to.”

Crown Prince Mohammed bin Salman also lauded the progress made in environmental protection, pointing out that vegetation cover across the Kingdom has increased over the past four years by 40 percent, which will likely have a direct impact on tourism and foreign investment. This is no small matter given that, as the crown prince said, the tourism sector alone is expected to create 3 million jobs by 2030.

Despite a challenging 2020 because of the coronavirus pandemic, Crown Prince Mohammed bin Salman said he believed Saudi Arabia is firmly back to growth. “We are close to achieving the overall aims and goals of Vision 2030. We are on the right track. We will see a strong rebound in our economic performance and achievements this year,” he said.

Looking back at the pre-Vision 2030 era, he described 2015 as a particularly difficult year. “We made some serious changes to many ministries and government sectors, including security and the economy by changing strategies and imposing the programs of Vision 2030. Lack of a strong state structure was one of the main challenges we faced in 2015,” he said.

“We managed to restructure various ministries by establishing new councils. The most important thing to have is integrity and passion when making these changes.”

These were the details of the news Saudi Arabia to invest $5.2bn developing first phase of AlUla heritage site: CEO for this day. We hope that we have succeeded by giving you the full details and information. To follow all our news, you can subscribe to the alerts system or to one of our different systems to provide you with all that is new.