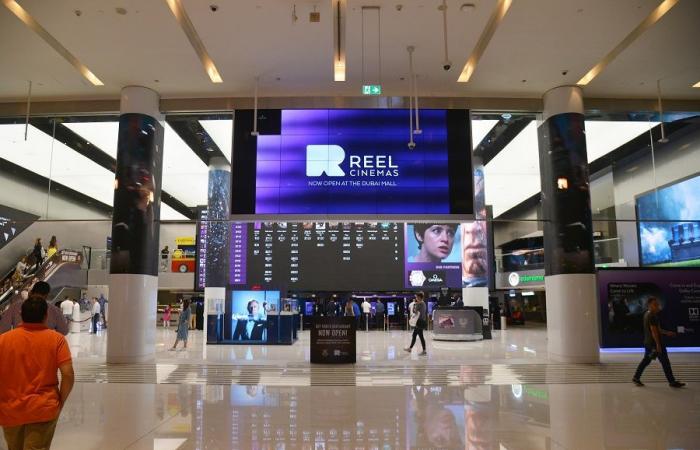 Jeddah - Yasmine El Tohamy - RIYADH: UAE-based Emaar Entertainment, a unit of the developer behind Dubai Mall and Burj Khalifa, has entered into a partnership with Saudi Arabia’s GOSI Investment Ventures to expand its Reel Cinemas chain into the Kingdom.

“The partnership plans an aggressive expansion into the Kingdom’s entertainment market, which means reaching cinema fans no matter where they are in Saudi Arabia,” the companies said in a statement on Monday.

“Within the next five years, audiences can look forward to twenty new venues which will include both cinemas and family entertainment centres across the Kingdom.”

The partners plan to invest about SR1 billion ($270 million) launching Reel Cinemas in Saudi Arabia over the next five years. The first outlet will be launched in Riyadh in December.

The announcement comes just days after the third anniversary of the reopening of cinemas in the Kingdom.

The first cinema was opened in Riyadh on April 18, 2018, and the most recent opened last week in Hail with 10 screens and 1,309 seats, the Saudi Press Agency (SPA) reported.

During the past three years, 34 cinemas were opened in 12 Saudi cities. Eleven companies have opened 342 screens with more than 35,000 seats, with another 70 cinema outlets expected to open in the short term.

The SPA said around 12 million cinema tickets were sold in those three years, and the sector has created around 2,500 direct jobs.

It intends to grow to 307 screens nationwide over the next 12 months, launching 23 new sites and adding 204 screens.

The expansion will initially see nine new sites in Riyadh, seven in Jeddah, and two each in Taif, Alkhobar, Khamis Mushait and Al-Kharj. Buraidah and Uniazah will soon welcome their first-ever MUVI locations.

These were the details of the news UAE’s Emaar Entertainment in $270m plan to expand cinema brand in KSA for this day. We hope that we have succeeded by giving you the full details and information. To follow all our news, you can subscribe to the alerts system or to one of our different systems to provide you with all that is new.