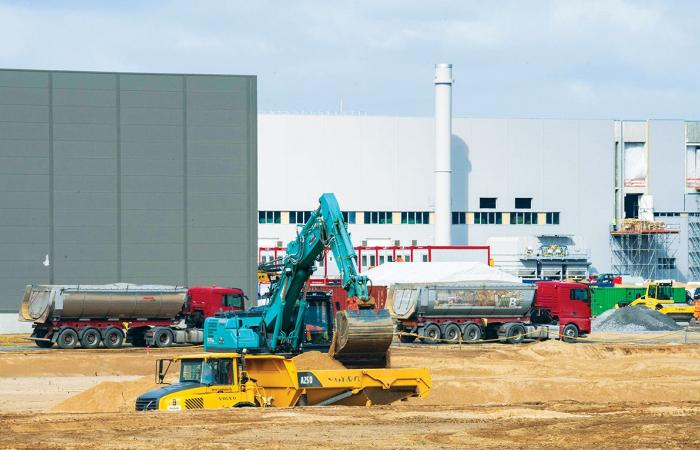 Thank you for reading the news about From lizards to water, eco-bumps snag Tesla Berlin plant and now with the details

Jeddah - Yasmine El Tohamy - BERLIN: In the green forest outside Berlin, a battle is playing out between electric carmaker Tesla and environmental campaigners who want to stop its planned “gigafactory.”

“When I saw on TV that the Tesla factory was going to be built here, I could not believe it,” said Steffen Schorch.

The 60-year-old from Erkner village in the Berlin commuter belt has become one of the faces of the fight against the US auto giant’s first European factory, due to open in the Brandenburg region near Berlin in July. “Tesla needs far too much water, and the region does not have this water,” said the environmental activist, a local representative of the Nabu ecologist campaign group.

Announced in November 2019, Tesla’s gigafactory project was warmly welcomed as an endorsement of the “Made in Germany” quality mark — but was immediately met with opposition from local residents.

Demonstrations, legal action, open letters — residents have done everything in their power to delay the project, supported by powerful environmental campaign groups Nabu and Gruene Liga.

Tesla was forced to temporarily suspend forest clearing last year after campaigners won an injunction over threats to the habitats of resident lizards and snakes during their winter slumber.

And now they have focused their attention on water consumption — which could reach up to 3.6 million cubic meters a year, or around 30 percent of the region’s available supply, according to the ZDF public broadcaster.

The extra demand could place a huge burden on a region already affected by water shortages and hit by summer droughts for the past three years.

Local residents and environmentalists are also concerned about the impact on the wetlands, an important source of biodiversity in the region. “The water situation is bad, and will get worse,” Heiko Baschin, a spokesman for the neighborhood association IG Freienbrink, told AFP.

Brandenburg’s Environment Minister Axel Vogel sought to play down the issue, saying in March that “capacity has not been exceeded for now.”

But the authorities admit that “the impact of droughts is significant” and have set up a working group to examine the issue in the long term.

The gigafactory is set to sprawl over 300 hectares — equivalent to approximately 560 football fields — southwest of the German capital.

Tesla is aiming to produce 500,000 electric vehicles a year at the plant, which will also be home to “the largest battery factory in the world,” according to group boss Elon Musk.

These were the details of the news From lizards to water, eco-bumps snag Tesla Berlin plant for this day. We hope that we have succeeded by giving you the full details and information. To follow all our news, you can subscribe to the alerts system or to one of our different systems to provide you with all that is new.