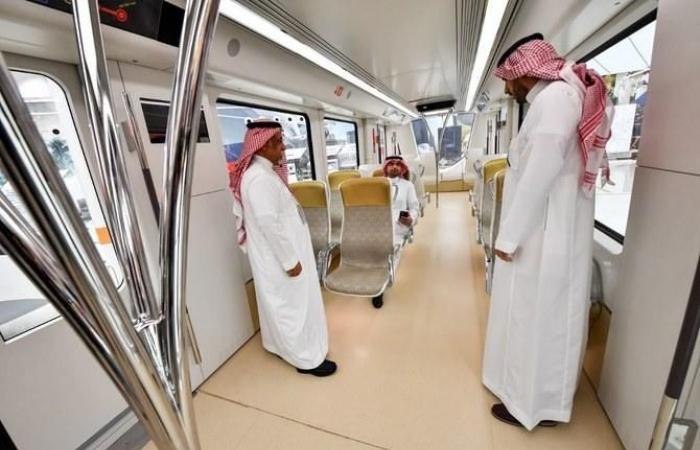 Jeddah - Yasmine El Tohamy - RIYADH: The number of real estate offices in the Makkah Al-Mukarramah area surged by nearly a third last year, as the number of transactions increased and work on some of the city’s biggest projects kept pace despite the challenges posed by the coronavirus disease (COVID-19) pandemic.

The increase in manpower comes as figures from the Ministry of Justice showed that the total value of real estate transactions during 2020 in Makkah amounted to SR 901.48 million ($240.39 million).

The increased activity is a result of the government’s Vision 2030 initiatives, among which is the goal to host a greater number of Umrah pilgrims from abroad — specifically 30 million by 2030.

Work is currently underway on a number of high-profile projects in Makkah Al-Mukarramah to accommodate this increase in pilgrims and to raise the quality of life for residents.

The most prominent of Makkah’s developments is the Thakher Makkah project, which is considered one of the Kingdom’s largest real estate projects. The land area of the project amounts to 320,000 square meters, while the built-up area is around 3.4 million square meters.

Thakher Makkah consists of 85 hotel towers, 10 hotel apartment towers and eight residential towers, accommodating about 200,000 guests. The project is distinguished by its proximity to the Holy Mosque in Makkah Al-Mukarramah, which is located just 1,300 meters away.

Another mega project is the Jabal Omar project, which is being built on a total area of 230,000 square meters. The mixed-use project includes 40 hotel towers that host apartments, luxury residential units, international hotels and commercial markets.

Makkah Gate is the first suburban project owned by the Holy Capital’s Municipality through its investment subsidiary. The project provides an ambitious and practical vision for the development of the western suburb of Makkah, which is the main gateway to enter Makkah.

The project is located on a land area of approximately 8,300 square meters and upon completion will accommodate more than half a million people by 2022. It includes several residential neighborhoods, a university, a medical city, a complex for government departments, museums and a large wild park.

Jabal Khandama is another addition to the development boom in Makkah. The total built-up area is estimated at 910,000 square meters and is expected to be completed by the end of 2030. The project is expected to reach 88 floors, with an estimated height of 450 meters.

The Jabal Al-Sharashef development project, which has a built-up area of 1.6 million square meters, aims to reconfigure the urban neighborhood environment and will address issues such as urban formation, housing, transportation networks, utilities and public services. It will accommodate around 190,000 seasonal hotel residents and 650,000 permanent residents.

Work is underway on the Kudai Towers project, which is located around 1.7 kilometers from the Holy Mosque. Kudai Towers is comprised of 12 hotel towers, 10 of which will be four-star hotels consisting of 30 floors, while two will be five-star hotels consisting of 45 floors. The project’s capacity is 10,000 luxury hotel rooms. It will boast four helipads, 70 restaurants and the largest dome in the world, sitting at the top of the project.

These were the details of the news Saudi Public Transport Authority launches 15 business centers across the Kingdom for this day. We hope that we have succeeded by giving you the full details and information. To follow all our news, you can subscribe to the alerts system or to one of our different systems to provide you with all that is new.