Oil ‘supercycle’ not on the cards: Energy experts 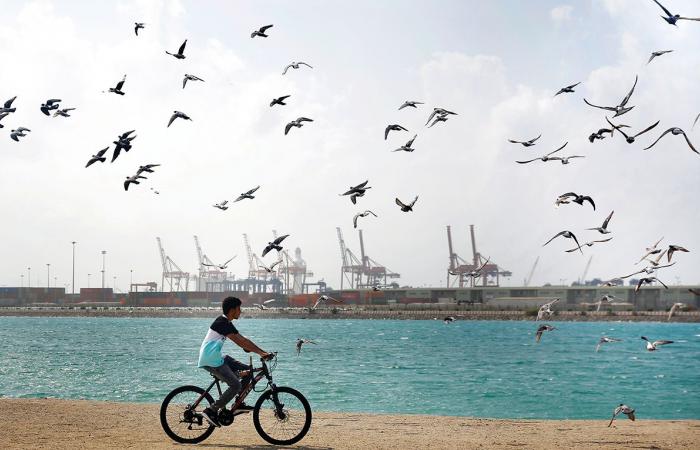 Thank you for reading the news about Oil ‘supercycle’ not on the cards: Energy experts and now with the details

Jeddah - Yasmine El Tohamy - DUBAI: Oil is unlikely to hit $100 per barrel on a sustainable basis in the near future, according to experts at the Oxford Institute for Energy Studies (OIES), a prestigious UK-based think tank.

In a report prepared by Bassam Fattouh and Andreas Economou of the OIES, the likelihood of an imminent oil “supercycle” — suggested by some commodities analysts — is downplayed because of the absence of key factors that might spark a surge in the price of crude.

“Some key triggers of an oil supercycle, such as an inelastic supply in the face of rampant demand and lack of spare capacity and refining constraints, which could push prices to $100 a barrel and keep them at those high levels, are still missing,” they argue.

Rather, oil will trade in a range of $59-$69 per barrel until the end of 2022, the authors said. “Sentiment could push prices beyond these boundaries, but they are not likely to be sustainable. For prices to reach anywhere close to $100/b, we need to consider other shocks,” they added.

The idea of a “supercycle” in oil and other commodities has gained traction in recent months, as the price of crude has recovered from the historic lows of last year’s pandemic collapse and some oil companies slashed investment in new fields.

Analysts at JP Morgan and Goldman Sachs — two of the biggest banks in the world — have suggested that the global market is on the brink of a run that could see oil top $100 per barrel.

But the Oxford experts, in their latest Oil Monthly report, conclude that this is unlikely. “While oil market dynamics and prices have markedly improved, the degree of uncertainty surrounding the outlook remains high. Following a challenging year, OPEC+ policy choices will keep dictating market outcomes, but the recent oil price rebound does not yet signal the start of the next oil supercycle,” they said.

The experts added that while April 2020 was “the bleakest month in the history of oil markets” with prices averaging $23 per barrel, the price has rebounded to above $60 as demand recovered, stocks were drawn down and OPEC+, the producers’ alliance led by Saudi Arabia and Russia, has kept a tight lid on supplies.

“This impressive recovery occurred despite wide uncertainty surrounding oil demand and the fact that it has yet to fully recover to its pre-pandemic level. Although the dominant expectation is for oil demand to rebound strongly in the second half of 2021 as countries lift restrictions and the global economic recovery accelerates, the uncertainty over the timing and pace of the rebound remains high,” the authors added.

The Oxford analysis provides support for the continued caution expressed by Saudi Energy Minister Prince Abdul Aziz bin Salman, who recently said he would not believe evidence of a recovery in demand “until I see it.”

OPEC+ policy is singled out as one of the main factors behind the recovery in crude prices, the Oxford experts said, noting a “more flexible and more effective OPEC+ in dealing with the adverse shock of COVID-19 and in influencing market expectations and shaping sentiment.”

They added: “Although it has become increasingly difficult to predict OPEC+’s next move, this unpredictability is part of a deliberate policy and has had the effect of increasing the market impact of OPEC+ decisions. At a more fundamental level, it shows a more assertive role for OPEC+ in dictating the pace of market rebalancing.”

Some analysts have forecast that higher oil prices will lead to a return of US shale supply, which was hammered by the pandemic lockdowns in America. But the Oxford analysis does not see this on the immediate horizon. “There is an emerging consensus that US shale growth will be rather limited or even decline in 2021,” the authors said.

The risk of Iranian oil flooding the market in the event of a deal between Tehran and Washington on nuclear policy is also overstated, the authors added. “Even if the Iran nuclear deal is revived, the export increase from current levels will be moderate,” they said.

These were the details of the news Oil ‘supercycle’ not on the cards: Energy experts for this day. We hope that we have succeeded by giving you the full details and information. To follow all our news, you can subscribe to the alerts system or to one of our different systems to provide you with all that is new.