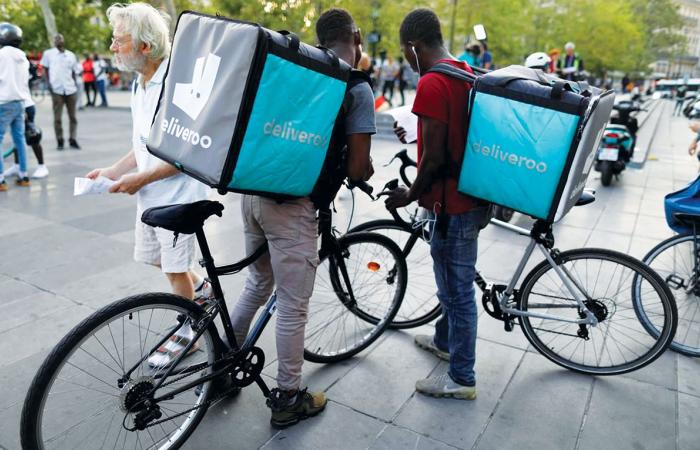 Thank you for reading the news about Deliveroo set for $10.5-billion London IPO and now with the details

Jeddah - Yasmine El Tohamy - LONDON: Britain’s app-driven food delivery firm Deliveroo is set for London’s largest stock market launch in a decade with a valuation of £7.6 billion, despite mounting criticism over its treatment of riders.

Deliveroo’s initial public offering due Wednesday will be priced at £3.90 per share, a source close to the matter said Tuesday.

That values the Amazon-backed group at the equivalent of €8.9 billion or $10.5 billion.

Eight-year-old Deliveroo remains on track for the City’s biggest listing in 10 years thanks to COVID lockdowns boosting sales — and despite mounting concern over a business model that relies on low pay for riders. The group “has very significant demand from institutions across the globe” for the offer, a Deliveroo spokesman told AFP separately on Tuesday.

Tuesday’s news comes one day after Deliveroo had said the IPO was eyed at a range between £7.6 billion and £7.85 billion.

The group has however been forced to trim its IPO valuation due to recent market volatility surrounding the tech sector — particularly in Europe and the US.

It had last week given an IPO market capitalization of up to £8.8 billion. Last year, more than 6 million people ordered food and drink every month via the company’s app from 115,000 cafes, restaurants and stores.

British asset management firms Aviva Investors and Aberdeen Standard have decided against investing in Deliveroo’s IPO, citing the job insecurity of its riders.

Deliveroo maintains that its self-employed riders — which total around 100,000 across some 800 cities worldwide — value the flexibility the job affords, adding that on average its food couriers earn more than £10 per hour.

The Independent Workers’ Union of Great Britain, which has taken Deliveroo to court to win bargaining rights for its riders, claims that some couriers in the north of England are earning £2 per hour, well below the UK minimum wage.

Deliveroo has set aside £112 million to deal with the litigation and its possible consequences.

However, its business model has come under scrutiny, including in Britain, France and Spain, as its freelance delivery riders complain about working conditions.

The float has been overshadowed by protests, strikes and rallies in Australia, Britain and France — with more set to follow.

Deliveroo’s listing is meanwhile seen as a major boost to London’s financial sector, known as the City, which lost its European share trading crown to Amsterdam following Brexit.

These were the details of the news Deliveroo set for $10.5-billion London IPO for this day. We hope that we have succeeded by giving you the full details and information. To follow all our news, you can subscribe to the alerts system or to one of our different systems to provide you with all that is new.