From AI to desalination, Saudi contractors outline their plans 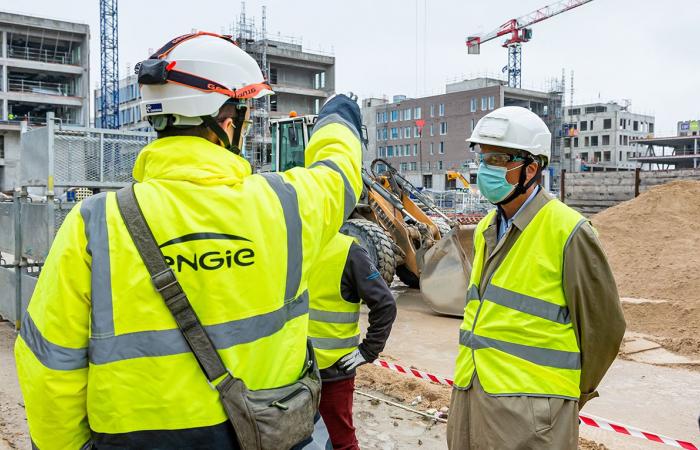 Thank you for reading the news about From AI to desalination, Saudi contractors outline their plans and now with the details

Jeddah - Yasmine El Tohamy - JAKARTA: Indonesia on Wednesday welcomed the UAE’s commitment to invest $10 billion in its recently launched sovereign wealth fund, which a senior official said made the emirates the “largest major investor” in the initiative.

“With this investment, so far the UAE has become the largest major investor in the Indonesia Investment Authority (INA),” Husin Bagis, Indonesia’s ambassador to the UAE, told Arab News on Wednesday.

“The joining of the UAE further shows the high level of international confidence to invest in the INA and would attract other world investors to join and invest,” he added.

The UAE helped Indonesia establish the INA through its Abu Dhabi Investment Authority (AIDA) in February this year, with the AIDA serving as one of its advisers.

The sovereign wealth fund, introduced during the same period, will be used for major infrastructure projects and will boost connectivity in the world’s largest archipelago, with nearly 17,000 islands.

“We believe that more investors would be interested in a number of high-potential opportunities in Indonesia, which range from stable brownfield assets to greenfield projects with potential value in the future,” Jodi Mahardika, a spokesman for the Coordinating Ministry of Maritime Affairs and Investment, told Arab News on Wednesday.

On Tuesday, the UAE’s state-run news agency, WAM, reported that the emirates’ commitment to invest in Indonesia’s sovereign wealth fund was as per the directives of Abu Dhabi Crown Prince Sheikh Mohammed bin Zayed Al-Nahyan.

The investment will focus on strategic infrastructure projects — particularly in the infrastructure, roads, ports, tourism, agriculture and other promising sectors — that “can contribute to growth, as well as economic and social progress.”

According to Bagis, the investment pledge is the “sweet result” of talks between Indonesian President Joko Widodo and Sheikh Mohammed on Friday last week, when the two leaders discussed bilateral cooperation and touched upon the INA.

During the week-long visit, both sides inked several business deals, including agreements to develop a $500 million tourism resort on an island in the Aceh province and a $1.2 billion port and industrial zone development scheme in Gresik, in the province of East Java.

In addition to that, officials also participated in the groundbreaking ceremony for a replica of the Sheikh Zayed Grand Mosque in Widodo’s hometown in the Central Java province.

At the time, Al-Mazrouei had said that the UAE was studying investment options for infrastructure development projects in Indonesia before injecting more financial support.

The INA was launched with an initial capital of up to $5.3 billion in cash and assets that the government will inject until the end of the year toward various infrastructure and development projects. It has a target to develop an initial $20 billion financing pool.

Indonesian officials said other countries such as the US, Japan, Canada and the Netherlands had expressed interest in injecting a total of $9.5 billion into the INA through their respective development, financing and pension fund agencies.

Analysts, for their part, said that the funds secured by the INA could provide some respite to state-owned construction companies’ leverage, several of which have been struggling to secure finance for infrastructure projects by issuing global bonds.

According to Fitch Ratings, these companies have a total debt of over 170 trillion rupiahs ($11.77 billion) as of the end of September 2020, while state-owned energy company Pertamina’s debt amounted to almost 300 trillion rupiahs as of June 2020.

Meanwhile, in a statement on Monday, the international credit rating agency said that the INA is unlikely to cause any short-term reduction on the state-owned companies’ debts “since its capital is modest relative to the scale of debt” among state-owned enterprises engaged in construction, toll roads, oil and gas, and other strategic sectors.

“The INA’s capacity to mobilize funds may be amplified if it is able to channel overseas capital into Indonesian infrastructure investments. It is possible that the authority’s privileged legal and political positions may provide greater assurance to foreign partners wanting to invest in infrastructure,” Olly Prayudi, corporate director at Fitch Ratings Indonesia, said.

These were the details of the news From AI to desalination, Saudi contractors outline their plans for this day. We hope that we have succeeded by giving you the full details and information. To follow all our news, you can subscribe to the alerts system or to one of our different systems to provide you with all that is new.