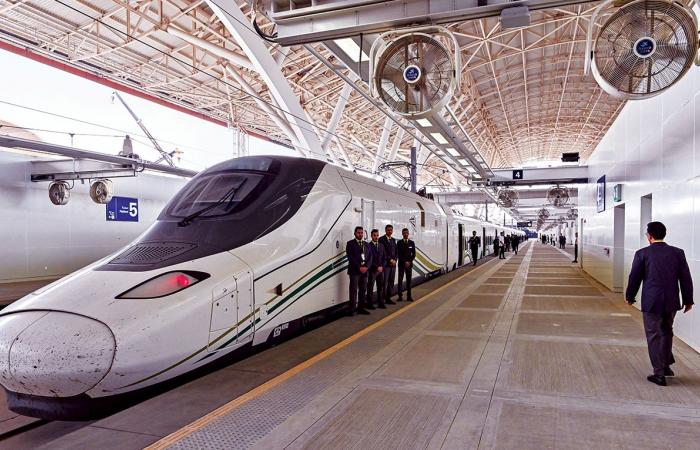 Jeddah - Yasmine El Tohamy - RIYADH: Saudi Arabia is looking to bring up to 500 international companies to Riyadh following February’s announcement that the Kingdom will stop signing contracts with foreign companies from 2024 unless their regional headquarters are locally based.

In the wake of the announcement, 24 companies have already confirmed their intentions to establish headquarters in Riyadh.

One of the companies, US-based transportation giant Greenbrier, builds, leases, repairs, supplies and manages railcars in the Middle East, North and South America and Europe.

Jack Isselmann, Greenbrier senior vice president for external communications, told Arab News that he was “confident” that the company would be able to meet the needs of Saudi Arabia’s burgeoning railway sector.

“A number of the goals outlined in Vision 2030 are in line with the products and services the Greenbrier Companies have to offer. We are confident we can help Saudi Arabia achieve these goals and support other GCC countries from here and that’s why we chose Riyadh as our regional headquarters,” he said.

Isselmann said that the rail sector in the Kingdom is crucial in expanding the mining sector as the third pillar of the Saudi economy, behind oil and petrochemicals.

“Rail is also essential to transforming the Kingdom into a global logistics hub. Overreliance on trucks for overland logistics is an impediment to the Kingdom achieving this goal. Rail is four times more fuel efficient than trucks, and every train takes literally hundreds of trucks off of the roads. This makes driving safer for Saudi families, and it reduces the heavy cost of repairing roads damaged by a constant stream of trucks,” he added.

According to a statement from the company, Greenbrier personnel have traveled to the Kingdom in recent years to assist with delivery, handover and after-sales support for newly manufactured freight wagons. Isselmann said that more than 75 percent of the Saudi Railways Company’s freight wagon fleet was supplied by Greenbrier.

The company did not provide figures on how many staff will be located in Riyadh, and negotiations are still ongoing regarding the new office location, but Isselmann said that Greenbrier already has a technical team in Jubail and will soon ramp up operations in Riyadh.

“For our senior management team in Riyadh, we have Gary Griffiths, a 40-year veteran of the US rail industry who joined Greenbrier in 2015 to lead our efforts in the Kingdom, and he is expected to stay on as president. We also have Wade Hansen, director of business development, who has been coordinating commercial functions to support ongoing and future freight wagon sales, manufacturing, repair and maintenance activities,” he said.

Greenbrier also recently appointed Nasir Abbasi as regional vice president. Abbasi is a 27-year veteran of the US Foreign Service who completed five tours in the Kingdom across 15 years as a representative of US commercial interests. Greenbrier’s technical support team in the Eastern Province is led by Jim MacFadyen, a chartered mechanical engineer with 25 years of experience in international railways.

“We expect to have a mix of local and expat workers and we are now assessing the ratio based on our business forecast. However, we will ensure we have ample staff to support our commitment,” Isselmann said.

Although rail is not a new concept to the Kingdom — Saudi Aramco set up the railroad between Riyadh and Dammam in 1951 — Vision 2030 has brought with it renewed focus on mining and logistics, and rail is a critical enabler of those industries.

The merger of the Kingdom’s two state-owned railway companies, the Saudi Railways Organization and Saudi Railways Company, was formally approved in February. Furthermore, last week the Saudi Railway Company signed a strategic cooperation with Etihad Rail, the developer and operator of the UAE’s national railway network, establishing a framework for the exchange of services, training and knowledge transfer.

These were the details of the news US rail firm building Riyadh HQ to target Saudi market for this day. We hope that we have succeeded by giving you the full details and information. To follow all our news, you can subscribe to the alerts system or to one of our different systems to provide you with all that is new.