The Saudi dividend: Oil price up 20 percent in a month 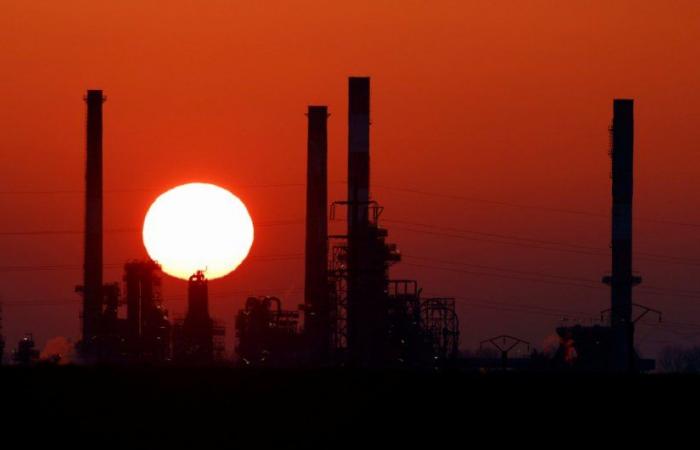 Thank you for reading the news about The Saudi dividend: Oil price up 20 percent in a month and now with the details

Jeddah - Yasmine El Tohamy - JEDDAH: ENGIE, the France-headquartered energy and services conglomerate, revealed earlier this year its plans to invest a further $6.34 billion in Saudi Arabia by 2025, adding to its existing assets and projects in the Kingdom valued at over $8 billion.

The new investments will cover a wide range of services, but the bulk of the $6.34 billion will be in new public-private partnerships (PPPs) focused on utility and social infrastructure projects, Turki Al-Shehri, ENGIE’s CEO in Saudi Arabia, explained to Arab News.

The firm aims to get involved in PPPs to establish new hospitals, universities, schools and railroads, while its focus on energy services will include renewable energy, energy efficiency, research and development (R&D), as well as advisory services.

The Saudi Ministry of Health recently released Al-Ansar Hospital in Madinah for private investment, as part of its Private Sector Participation Program (PSP). Al-Shehri noted that it is a project worth $300 million, with around 240 beds, and ENGIE is already bidding to build, operate, maintain, and provide medical equipment to the hospital for a period of 20 to 30 years.

Moreover, ENGIE was awarded the Yanbu-4 independent water producer desalination plant by the Saudi Water Partnership Company last year, projected to supply 450,000 cubic meters of desalinated seawater per day using clean energy. According to Al-Shehri, this project alone is valued at around $850 million.

“This is ENGIE’s second water project. The first was Marafiq power and water project,” said Al-Shehri. “We work with water desalination projects around the world, with Saudi being a major target for us.

“The Saudi Water Partnership company recently released a seven-year plan which will require three to four seawater desalination projects per year; bidding on such projects is part of our strategy,”
he added.

After operating in Saudi Arabia for 20 years, the conglomerate expanded its presence in the Kingdom in 2019 by establishing its holding company to bring all the group’s Saudi assets under one umbrella holding company.

Al-Shehri noted that the decision to establish the holding company was encouraged by the Kingdom’s Vision 2030. Announced in 2016, the 2030 plan focuses on increasing the private sector’s long-term contribution to the economy by opening up new opportunities and removing obstacles that are preventing the sector from playing a larger role in development.

“ENGIE’s bread and butter are PPP projects,” he said. “In the past, they were very selective, mainly within Saudi Aramco, Saudi Electricity Company, and Saudi water company … it was segregated and not a countrywide strategy. However, Vision 2030 has completely changed ENGIE’s objectives toward Saudi Arabia.”

Al-Shehri said the holding company was a requirement to consolidate the exerted efforts and utilize existing resources with global know-how. The French company currently has 16 Saudi subsidiaries “and the number is growing” he said.

Restrictions as a result of the coronavirus disease (COVID-19) pandemic did not have too much impact, he added, and plans for ENGIE’s PPP projects have been moving smoothly.

Instead, ENGIE has directly hired 62 additional employees and acquired Allied Maintenance Company (AMC) in 2020, which added another 1,300 employees to its workforce, bringing the total number of staff in the Kingdom to around 2,000.

The firm plans to expand its workforce in Saudi Arabia to reach over 5,000 employees by 2025 and Al-Shehri said ENGIE has a strong local focus.

“When it comes to local content, we are focusing on two aspects: Manpower as well as local supplies,” he said. “ENGIE wants to be, and will be, a leader when it comes to international companies ensuring that there is local content being used and proper knowledge transferred, and local partners.”

He noted that the company spends $130 million a year on local supplies for all its assets, which equates to 85 to 90 percent of supplies being sourced locally.

Renewable energy is a core sector for ENGIE and Saudi Arabia provides big opportunities. During the Future Investment Initiative forum in January, Prince Abdul Aziz bin Salman said that the Kingdom aims to produce 50 percent of its electricity from renewables by 2030. “When the government took on this initiative, the private sector immediately started to follow suit,” Al-Shehri said.

According to a news report by research firm Frost and Sullivan, the region is expected to expand its renewables capacity from solar and wind by 18 times by 2025. “This is a very fresh market and the opportunity for growth is tremendous,” he said.

“It is the largest market in the region … It will continue to grow, and I think we will continue to see changes in policy as a result of prices continuing to decrease and opportunities being open to the private sector and regulations being relaxed,” he added.

These were the details of the news The Saudi dividend: Oil price up 20 percent in a month for this day. We hope that we have succeeded by giving you the full details and information. To follow all our news, you can subscribe to the alerts system or to one of our different systems to provide you with all that is new.