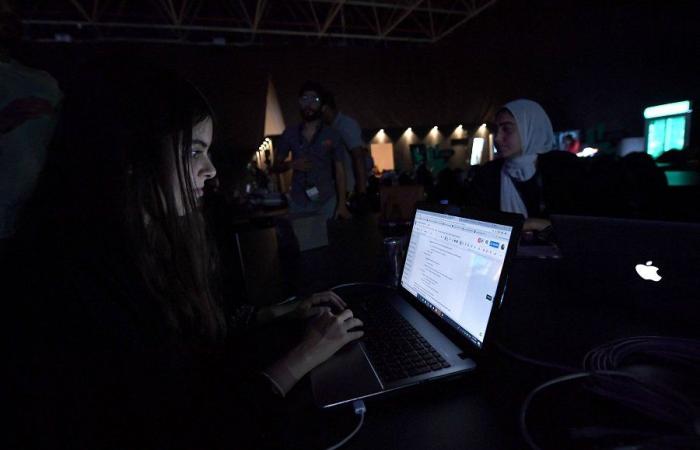 Jeddah - Yasmine El Tohamy - RIYADH: The personal computing devices (PCD) market, which is made up of desktops, notebooks, workstations and tablets, recorded strong growth in Saudi Arabia and the Middle East in the final quarter of 2020, according to a new industry report.

“This was driven by continued demand for computing devices mainly for homeschooling.”

In the PC market, the consumer segment grew by 9 percent quarter-on-quarter, while the commercial segment grew 3.9 percent, he added.

The Kingdom's Ministry of Education emphasized the need for digital platforms so students could attend class virtually during the pandemic. Each child and teacher now needs their own device, while previously they may have been able to share with a fellow colleague or student.

Ngatia said there was a strong demand for notebooks. They feature a better user experience for learning purposes compared to tablets, which saw sales decline by 6 percent quarter-on-quarter.

“Demand for PC devices remained strong across the Middle East and Africa (MEA) region, with end-users still requiring these devices to work remotely or study from home,” said Fouad Charakla, the IDC's senior research manager for client devices in the Middle East, Turkey, and Africa.

Turkey, which is by far the region's largest single PCD market, experienced the highest growth year on year, almost doubling in shipments, Charakla said. The market's recovery from the slowdown in consumer demand seen in Q4 2019 was the primary driver of growth in Turkey.

“A massive education deal totaling more than 150,000 tablets was also delivered to the country, which further accelerated the market's growth,” he added.

Each of the region's other large markets, including Saudi Arabia, South Africa, and the UAE, all experienced year-on-year growth as well, with strong demand witnessed in both the commercial and consumer segments.

“On the flip side, sharp declines were recorded in Egypt and Kenya, primarily because these markets had witnessed massive education deals in Q4 2019 that were not repeated in Q4 2020,” Charakla said.

In the PC segment, Lenovo posted strong year-on-year growth that pushed it to the top of the MEA’s PC market for the first time. HP experienced a sharp decline but still finished second. Dell remained almost flat year on year to remain in third place.

In tablet sales, Samsung is in the top spot, once again backed by a large-scale education delivery, this time in Turkey. Lenovo more than doubled its tablet shipments to place second, while Huawei also experienced growth to rank third.

These were the details of the news KSA sees rising demand for PC devices for this day. We hope that we have succeeded by giving you the full details and information. To follow all our news, you can subscribe to the alerts system or to one of our different systems to provide you with all that is new.